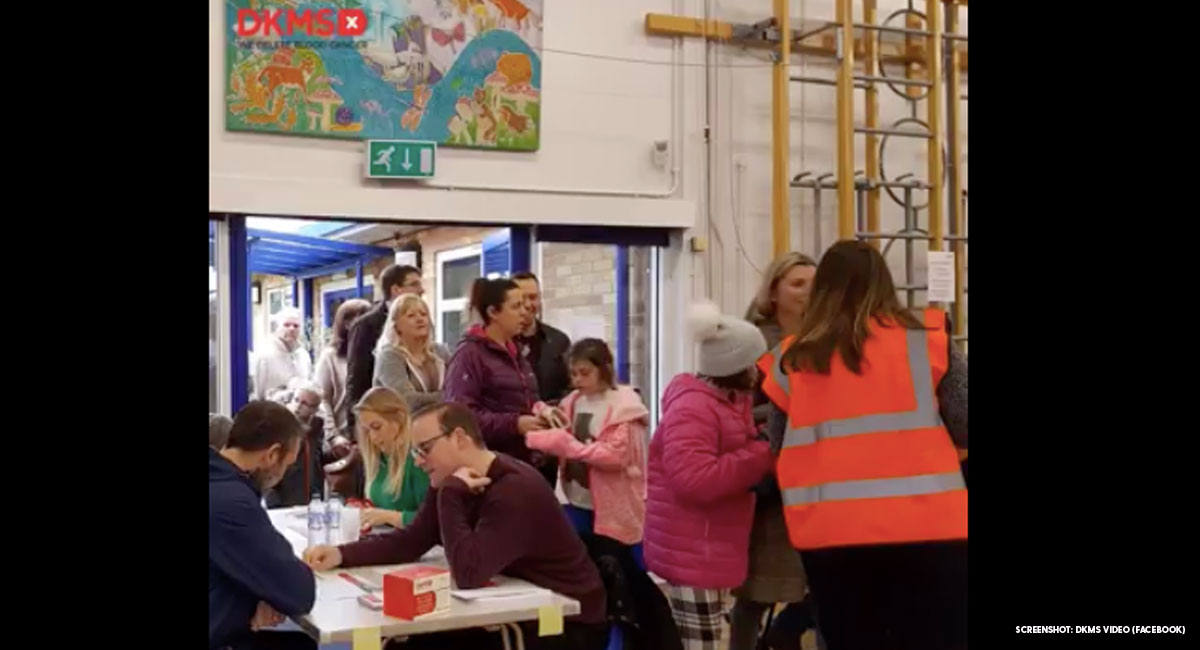 UPDATE: A match has been found for Oscar! His mom left the exciting update on Oscar’s Facebook page, and they will be starting the next step in treatment soon.

Last year, five-year-old Oscar Saxelby-Lee was taken to the doctor over some bruising he had. His parents originally thought he was anemic, but their worst fears were soon realized: Oscar was diagnosed with an aggressive form of leukemia. He underwent chemotherapy, but after four weeks, it was unsuccessful, and doctors decided he needed to undergo a stem cell transplant. Unfortunately, neither of Oscar’s parents were a match, so they turned to their community for help to save his life — and the response was overwhelming.

Almost 5,000 people lined up for hours in the rain, so they could get tested and see if they were a match for little Oscar. According to the BBC, another 1,000 people were tested at another event, equaling 10% of all the eligible members of the city willing to donate, with even more expected to show up at another event coming up. Even people who are too young to donate were doing their part, helping to round up more volunteers and spreading the news about Oscar’s plight.

“We felt like we could not see light at the end of the tunnel, but when looking at Oscar’s cheeky smile, bravery and determination, we managed to pull our strength together again,” Oscar’s mom, Olivia, said in an interview with The Sun. “Not once has he shown weakness, nor has he ceased to amaze us throughout the most difficult times and that to us is a true warrior.”

Oscar, who is currently in an isolation unit at Birmingham Children’s Hospital, is struggling to eat as his condition worsens. A stem cell transplant will help replace his damaged blood cells with healthy ones in his bone marrow, and it can be hard to find a match. “It’s really difficult to find a match, it’s essentially like winning the lottery,” Sarah Gray, who works for blood cancer charity DKMS, told the BBC. “It’s very complex and so the more people we can get on that register, the more chances there are to saves lives of patients like Oscar.”

What makes this story so incredible is that thousands of people were willing to sacrifice to help save one child, in a beautiful recognition of the dignity and worth of every life.