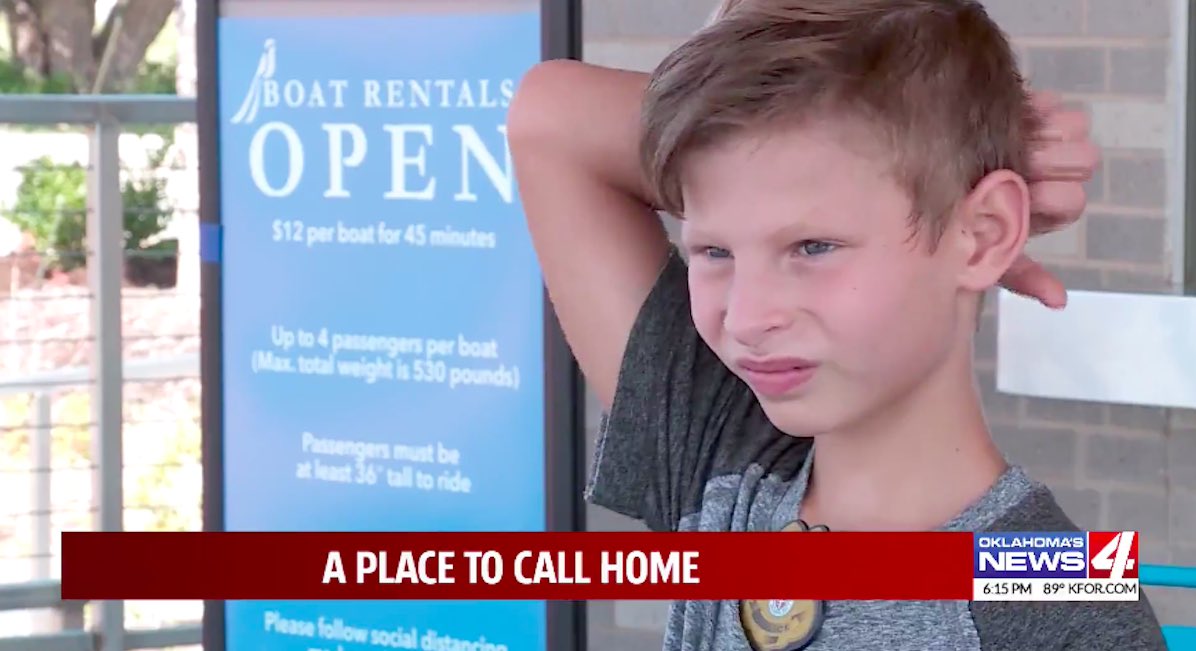 A heartwarming news story out of Oklahoma led to more than 5,000 adoption inquiries for one special little boy.

In July, news station KFOR-TV featured nine-year-old Jordan in its feature segment, “A Place to Call Home.” During his outing with the news crew, Jordan tugged at the heartstrings of people everywhere when he told the station his only wish: to have a family.

“If you could go anywhere anywhere in the whole wide world where would it be?” his interviewer asked him.

This wasn’t Jordan’s first appearance on the station. Several years ago, he was interviewed along with his younger brother, Braison. Braison was later adopted, and Jordan mentioned he doesn’t get to see his brother that much now.

Jordan has been in the foster care system for six years and is currently living in a group home after several potential adoptions fell through for him.

Following the news station interview, thousands of people reached out to inquire about adopting Jordan, with inquiries coming from all over the country. His permanency worker, Christopher Marlowe, told the station that the Oklahoma Department of Human Services has people manning their hotline in the hopes of finding the perfect fit for Jordan.

“I’m in the process of reading through those profiles to select a family to try to move forward with,” Marlowe said. “I’m really excited about this and very hopeful this is going to be the breakthrough we needed to find this kid a home.”

According to the news station, there are currently more than 7,700 Oklahoma children in the state’s foster care system, and around 500 are eligible for adoption.