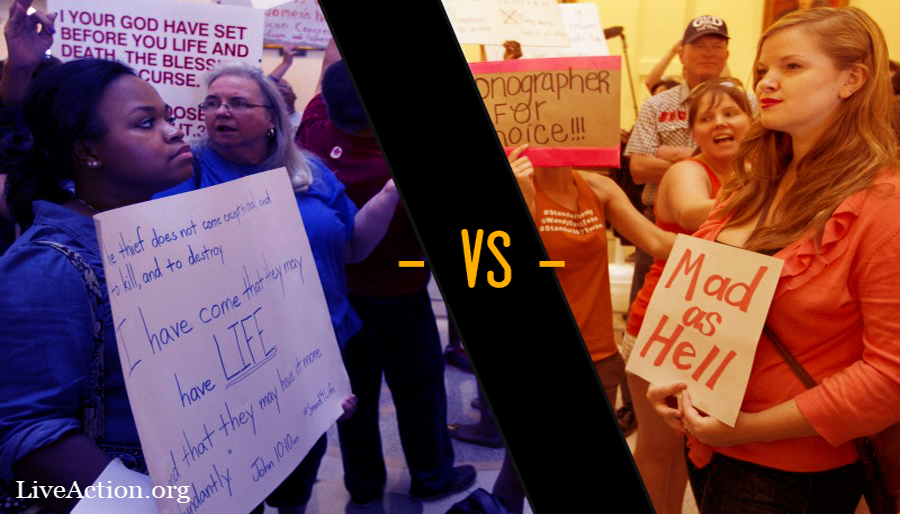 On January 22, 1973, seven justices on the U.S. Supreme Court decided to allow abortions to occur on-demand across the country, forming a majority decision.

According to a Harris survey released in April 1973 – three months after the Roe v. Wade decision – the majority of Americans agreed with the Supreme Court’s decision: 52 percent were in favor of legalizing abortion. Prior to the landmark decision, the public’s opinion on the legalization of abortion often fluctuated, but immediately following the decision, solidified in favor of abortion. Louis Harris, the author of the report, described this shift: “The crystallizing of public opinion following a decision by the high court or an act of Congress is not an unusual development.”

In June 1981, another Harris survey was released, reporting the current status of the abortion argument in the United States. “Legalized Abortion Supported by Majority of Americans,” as 54 percent of Americans now agreed with abortion’s legalization.

More recently, Gallup released a poll last May detailing the split between pro-abortion and pro-life Americans: 47 percent of Americans now identify as pro-abortion, while 46 percent identify as pro-life. So while those in favor of abortion still hold the majority viewpoint, according to a graph provided by Gallup, those identifying as pro-life has been climbing since the ’90s. Those identifying as pro-life even held the majority public opinion in both 2009 and 2012.

It is disheartening to think that a pro-abortion mentality has dominated our country for the last 43 years, yet exciting to think that we are closing the gap. And while public opinion polls can certainly and obviously be used as indicators as to where the public stands on specific issues, that is all they can do. Their results do not dictate what is right or wrong. Public opinion can never be used as an indication of what is moral or right, simply because it is the majority.

Two of my favorite quotes pertaining to this subject are from the film “The Great Debaters.” The first is this: “Majorities do not decide what is right or wrong —your conscience does.” Again, while it’s concerning and dangerous that throughout the years, the majority of Americans have identified as pro-abortion, from a purely objective moral standpoint, that knowledge bears no detriment to the pro-life argument.

The fact that Roe v. Wade legalized abortion by a majority decision does not make legalized abortion constitutional or moral. Last year, one percent more Americans identified as pro-choice than pro-life but that does not make abortion right nor should it be used as a justification for an unjust law. No matter how many oppose us, a misled majority belief cannot confuse my conscience with what I know in my heart to be true, which is that abortion is a murderous act that defies our very human nature.

As one of the debaters so gloriously declared: “We must never ever kneel down before the tyranny of a majority.” Someday soon, hopefully, when the majority of Americans identify as pro-life and nine Supreme Court judges rule in favor of the abolition of abortion, we will not be right because we are the majority. We will be right because the ending of precious human life is wrong.