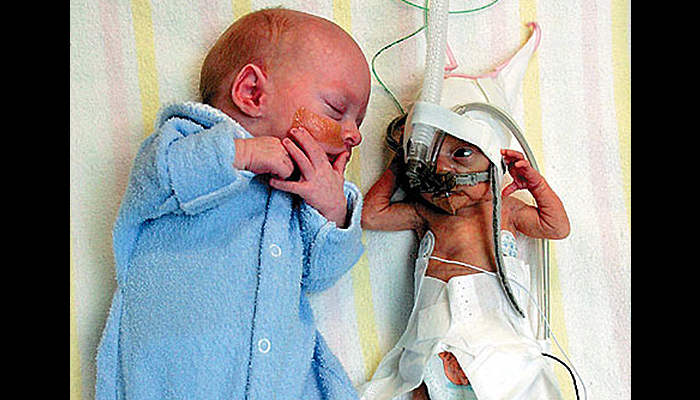 These parents saved both their children, and they have no regrets.

I came across an interview with Mr. and Mrs. Ryman, parents of Byron and Lincoln Ryman, two sweet, relatively healthy identical twin boys. Their story is too precious not to share.

Mrs. Ryman’s pregnancy was far from easy. After she got pregnant, it was discovered that the babies were not growing at the same rate due to twin-to-twin transfusion syndrome. Byron was getting most of the nutrition, and was three times the size of Lincoln. 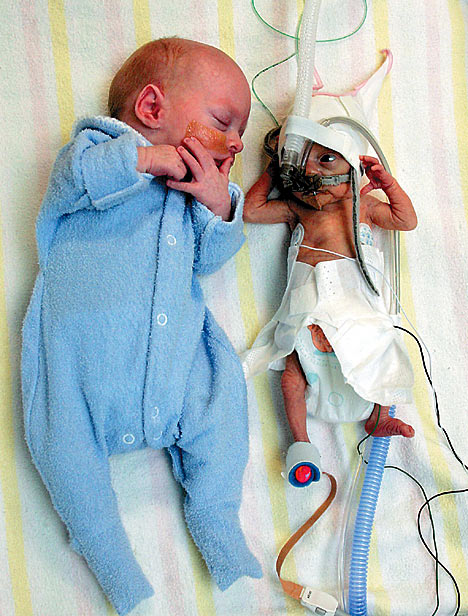 The Rymans were given two options by the doctors: continue the pregnancy of both twins, or abort Lincoln in hopes of saving Byron. According to Mr. Ryman, the latter wasn’t an option: “I don’t think we even thought about it. We just said straightaway, ‘No we didn’t want to do that.’”

“We were actually given the option to terminate Lincoln in the beginning, but thank God we didn’t,” Mrs. Ryman said. “I wanted two babies not one.”

Laser surgery was preformed to help correct the problem. The doctor believed that it was a “brave and tough decision to deliver both of the babies. And they made the right decision.”

Byron was born weighing 3 pounds, 6 ounces, while his brother Lincoln weighed a light 1 pound, 3 ounces. Lincoln was only the size of his mother’s hand. The journey has not been without its struggles. Lincoln spent the first five months of his life in the hospital. He was two years old when he ate his own food instead of being fed through a feeding tube; however, the Rymans persevered.

“I honestly thought that we would have two boys with quite a lot of medical issues, but they are actually two fairly normal boys. I’m really proud of them.” Mrs. Ryman.

In a world that has a “convenience” mindset, these two parents fought the odds. The doctors did not think that both boys would live, much less live and be healthy. The Rymans didn’t take the “convenient” option, and are blessed because of it.