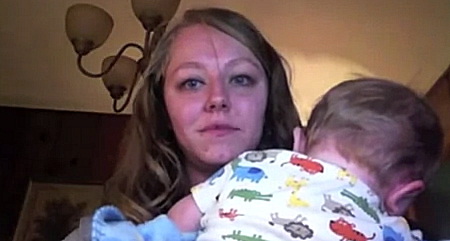 An inspiration, and a nice pick-me-up to boot.

I was looking at Facebook today, and one item caught my eye and touched my heart. It was called “The Right Choice-Inspirational Video,” and it had garnered over 90,000 views. When a member of the Respect for Life club on campus posted it to our group page, I knew I really had to take the time and watch it.

Yes, it’s almost seven and a half minutes long. But once the video starts up, the duration doesn’t matter. Rather, you find yourself engrossed in this message of a young mother who kept her son even though doctors predicted that he would be born severely disabled.

Christian, the baby whom the video is about, was born with a disorder that only 1 in 50 people in the world have, and unfortunately, his case was much worse than his parents and doctors thought he would be. Most shocking of all his disabilities was that his eyes did not actually form, and so Christian is blind.

People would stare at Christian whenever he and his young mother went out and public. They would even whisper aloud, wondering what was wrong with that baby. One girl even expressed outrage that Christian wasn’t aborted in utero.

As difficult as it was to raise a disabled baby and deal with people talking about her son, this young mother took pride in her baby, and eventually others did as well.

My brief overview doesn’t nearly do this video the justice it deserves. I encourage everyone to watch it. No matter who you are, this is an inspirational video just the same. It certainly brought tears to my eyes. I cried at first because of what this mother had to endure from others, but also because she had the hope and strength to see her son as beautiful despite what anyone else saw.

If you need a pick-me-up to your day, watch this video as a reminder that all life is sacred, special, and deserving of love. Just as Christian is.