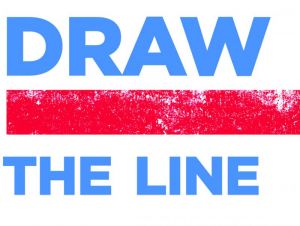 Once upon a time, the word “rights” meant something in this country.

Firebrand conservative pundit Ann Coulter’s latest book, Mugged, isn’t about abortion, but one of its observations about modern liberalism’s approach to race also explains the ideology’s approach to abortion.

Coulter attributes the common left-wing practice of calling opponents racist to a blend of “psychological projection as well as their usual demagogic tendencies” which drives them to “drape themselves in decades-old glories they had nothing to do with” and frame modern political disputes as a “ritualistic reenactment of the struggle for civil rights” in which “they were the ones manning the barricades and marching against segregation.”

We constantly get the same thing from pro-choicers, with rhetoric that would have you believe we’re in a perpetual war for women’s suffrage, that they’re the lone bulwark against making “barefoot & pregnant” the law of the land. They fancy themselves champions of “women’s equality” and “reproductive freedom” and cast their opponents as a fire-breathing theological patriarchy – even though the real feminists despised abortion, the crises modern pretenders claim to be staving off are all mythological fear-mongering, they’re AWOL on true harm to women in scores of areas, and they’re largely silent on the far greater degree of misogyny on their own side.

The latest play-acting comes from the Center for Reproductive Rights, whose new “Draw the Line” campaign is pushing a “Bill of Reproductive Rights” (complete with video backing from a host of celebrities who I’m skeptical could name more than three items from the actual Bill of Rights):

We the people of the United States hereby assert the following as fundamental human rights that no government may deny, and that our governments at every level must guarantee and safeguard for all.

1. The right to make our own decisions about our reproductive health and future, free from intrusion or coercion by any government, group, or individual.

2. The right to a full range of safe, affordable, and readily accessible reproductive health care including pregnancy care, preventive services, contraception, abortion, and fertility treatment—and accurate information about all of the above.

3. The right to be free from discrimination in access to reproductive health care or on the basis of our reproductive decisions.

Calling this list of demands a “bill of rights” is clearly meant to give it an air of seriousness and moral authority that stamping your feet and cursing in caps just can’t provide. But claiming something isn’t the same as earning it.

Once upon a time, the word “rights” had a meaning in this country. It denoted qualities people already possessed by virtue of their status as human beings, or, perhaps more accurately, it denoted the absence of anyone else’s authority to control you through force. Rights were not arbitrary, but founded on earnest efforts to glean them from nature, reason, and justice. Nor were they unlimited – rights concerned the individual’s authority over his or her own body, property, and personal affairs, but didn’t extend to control over those of anyone else.

But today, too many people – mostly on the left – see “rights” as nothing more than shorthand for “the stuff I want.” Their only guiding principles for defining these new rights are whim and desire. No bothering with any of the archaic considerations real rights come with, like whether what you’re trying to do takes somebody else’s money, controls someone else’s personal affairs, or kills your own child. Factoring our neighbors’ rights into the equation is way too complicated, and it doesn’t always give us the results we want.

I’ve long believed that abortion apologists’ vitriol and indignation were calculated efforts to draw attention away from the utter horror of the practice they so cherish, because of the obvious strategic value in framing the issue around the alleged harm they want to prevent rather than the actual harm they cause. But as Coulter suggests, it may also be a defense mechanism to mentally disassociate themselves from the evil they’re complicit in.