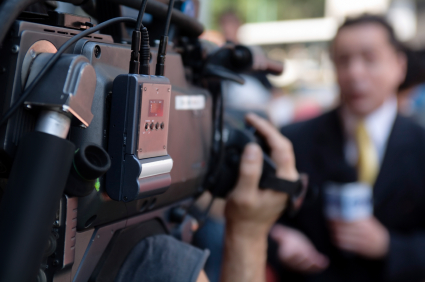 Recently, anti-abortion extremist, Ralph Lang, 63 years old, was arrested in Wisconsin for planning to kill abortion providers and abortion facility workers at an abortion facility in Wisconsin. Lang was candid saying he wished he “could line them up all in a row, get a machine gun, and mow them all down.”

Rightly, anyone who plans a violent act such as this should be arrested and put safely away in prison. Pro-life advocates do not support this kind of violent activity and do not share the sentiments of individuals who plan or perpetrate them. The pro-life movement is and remains a peaceful human rights movement.

My reaction to Ralph Lang’s arrest is one of great relief. A criminal trial in a court of law will now determine his future. Nearly two years ago to the day, late term abortionist George Tiller was murdered in a Kansas church by Scott Roeder, an action unequivocally condemned by every consequential pro-life proponent and organization.

There are some individuals and organizations who would portray the pro-life movement as being of the same mind as people like Scott Roeder and Ralph Lang. As a result of this recent arrest, some abortion advocates are busy with their same-as-usual ideological finger painting. Below are a few examples of their recent work.

One article on the activist ThinkProgress.org site states that men like Lang “are getting considerable help from their friends in politics.” The idea that a man who takes the law into his own hands has any respect for rule of law or the democratic process is highly implausible if not outright laughable. It’s precisely the detachment from these mentioned peaceful democratic processes of our republic that creates such potentially violent individuals.

On the website OpposingViews.com we find the headline “Right Wing Terror: Ralph Lang Planned to Kill Abortion Providers”. Such accusations are made easily as though killing abortion providers is common practice and a logical extension of Obama’s bitter clinger theory. I remind you of the sensational accusations of right-wing extremism that appeared and were proved false after the violent shooting rampage of Jared Loughner in Arizona.

Lisa Subeck of NARAL noted “It’s clearly shocking anytime you hear anything like this. It’s outrageous that abortion providers constantly have to live with harassment and threats of violence, and when one hits so close to home, I think it’s quite shocking.” Sadly, many prominent pro-life advocates and organizations deal with similar threats every day. The abortion lobby has yet to concede this unfortunate reality as being true.

Teri Huyck, president and CEO of Planned Parenthood in Wisconsin says, “Anti-abortion proponents and legislators who vilify the health care that Planned Parenthood provides truly embolden people who think it’s OK to take the law into their own hands.” Such a statement is again, obviously self contradictory. An authentic respect for law does not create lawlessness. No credible pro-life advocate has incited violence of any kind.

Americans who allow the democratic process to unfold peacefully and place their faith in that process with patience, who uphold the idea of the rule of law, are not the kind of individuals, rare as they are, who would take the law into their own hands. Still, some in the mainstream abortion lobby would suggest as much to what they believe is, and what might be, a largely unsuspecting and uninformed public.

Another drive-by headline appeared on The Daily Kos in their “This Week in the War on Women” segment as though violence connected with the pro-life movement was a commonplace every day event. This is a very typical mainstream pro-choice oriented media headline, that presumes much, provides little factual detail or context and is designed to reinforce what they believe is an already commonly held perception.

Actual reports indicate that Ralph Lang was arrested after his .38 caliber handgun accidentally discharged in a hotel. Police were called after he had expressed concern that someone might have been injured by the weapon. When questioned by the police about the gun, he openly admitted that he had driven more than 100 miles to shoot and kill abortion providers. Fortunately, the entire incident more likely qualifies Lang for being among America’s dumbest criminals, than for being part of any larger pro-life conspiracy.

None of this is to minimize or trivialize the danger posed by isolated and potentially violent criminals. Causes and public issues as such sometimes attract violent extremists who should be dealt with swiftly. While born humans thankfully have legal protection from their attackers unborn children are defenseless. What of the countless acts of violence carried out against them simply for being conceived at the wrong time in the seemingly wrong circumstances? These regular acts of abortive violence are not likely to be mentioned by any of the above mentioned pro-abortion individuals, websites or organizations any time soon.