Like most women, I’m concerned about my health. That’s why I recently made an appointment to see an OB/GYN.

As I talked with my new doctor, I shared my history of severe menstrual cramps. As a remedy, she suggested I take birth control pills. I politely told her I was “adamantly opposed” to the pill; I took it as a teenager to alleviate cramps, though it proved ineffective. Aside from that, I’m aware of the history of Planned Parenthood, which was formerly known as the American Birth Control League. I mentioned that Margaret Sanger was a eugenicist who plotted to use birth control as a means to decrease the black population.

The doctor informed me that she had researched Sanger as well, yet she didn’t refute what I said. Instead, she remarked, “So you don’t take birth control because of principle.” Yes, I replied, but also because of the negative effects it has on a woman’s body. I mentioned their was a connection between birth control and breast cancer. Quickly the doctor denied that claim. She said research had proven those assumptions false. She told me the birth control pill could actually help prevent ovarian cancer. Then she said, “If you could take something that prevents cancer, wouldn’t you want to?”

Although my OB/GYN claimed the birth control/breast cancer risk was false, other doctors would disagree. The National Cancer Institute admits “A number of studies suggest that current use of oral contraceptives (birth control pills) appears to slightly increase the risk of breast cancer, especially among younger women. However, the risk level goes back to normal 10 years or more after discontinuing oral contraceptive use.” Their website has a fact sheet titled “ Oral Contraceptive and Cancer Risks“, which references studies and research on the topic.

Dr. Kathleen T. Ruddy is a breast cancer surgeon, Founder and Medical Director of the Breast Service at Clara Mass Medical Center in Belleville, New Jersey. Dr.Ruddy has been in practice as a breast surgeon for over fifteen years. In a 2011 article she writes:  In 2007, the World Health Organization, after having reviewed the world’s literature, determined that oral contraceptives were Group I carcinogens, capable of causing several cancers in women, including breast cancer.

As for the pill reducing ovarian cancer, there is research that shows women who use birth control for ten years or more may be less likely to contract that type of cancer. However the pills could increase their chance of getting cervical cancer.  The American Cancer Society’s website declares: ‘There is evidence that taking oral contraceptives (OCs) for a long time increases the risk of cancer of the cervix. Research suggests that the risk of cervical cancer goes up the longer a woman takes OCs, but the risk goes back down again after the OCs are stopped. In one study, the risk of cervical cancer was doubled in women who took birth control pills longer than 5 years, but the risk returned to normal 10 years after they were stopped.”

I mentioned the other side-effects of the pill (mood swings, blood clots, risk of infertility) to my doctor but she didn’t respond. She admitted it was refreshing to see someone who strongly stands for what she believes in. Yet she simultaneously continued to push me to change those beliefs. She insinuated that I got my research from unreliable websites, shared some “myths” against birth control, and finally warned me in her exact words to not “cut off my nose to spite my face.” Or, as she further explained, “don’t do destructive things for the sake of principle.”

After talking with some married friends, I realized that they also have felt pressure at their OB/GYN appointments. One of my friends went in for a checkup after finding out she was pregnant again. She became pregnant with her second eleven months after her first. The doctor’s response to her exciting news was, “We’ve got to get you on birth control!” Another friend told me she went to her doctor for a prenatal exam with her second child. During the exam, her doctor spent 5 minutes of her 8-minute appointment telling her how to avoid getting pregnant in the future and asked her if she was interested in terminating the pregnancy or wanted to be sterilized postpartum. My friend switched physicians as she wondered, “Where is the celebration of life?”

I live in Connecticut. The landmark case Griswold v. Connecticut struck down an 1879 law that stated, “[A]ny person who uses any drug, medicinal article or instrument for the purposes of preventing conception shall be fined not less than forty dollars or imprisoned not less than sixty days.” The law also said that “any person who assists, abets, counsels, causes, hires or commands another to commit any offense may be prosecuted and punished as if he were the principle offender.” Prior to 1965 in my state, it was illegal for married couples to use forms of birth control.

During that time, Estelle Griswold,  the executive director of Planned Parenthood of CT,  was arrested and found guilty for providing illegal contraception. She appealed to the Supreme Court and won her case.

I’m not arguing that selling birth control should be illegal again. However, I am commenting on the extreme change in mindsets and public opinion that has taken place over a relatively short amount of time. In just 47 years, we have gone from birth control being illegal for married couples to abortion on demand being legal.  My doctor told me I was being “destructive” because I am opposed to birth control. Yet I am quite sure she wouldn’t have argued with me if I told her I was pregnant and considering an abortion. If we want to label something as destructive, I’d start with Roe v. Wade, which has led to over 55 million abortions in our nation.

As pro-lifers, we must be armed with knowledge, bold, and unapologetic in our convictions. We can’t always depend on our doctors, politicians, pastors, or even the president to help us make good decisions. We have to stand up for what we know is true, no matter what the cost. I kindly told my doctor that while I valued her opinion, I wasn’t going to be changing mine. 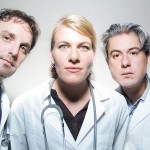