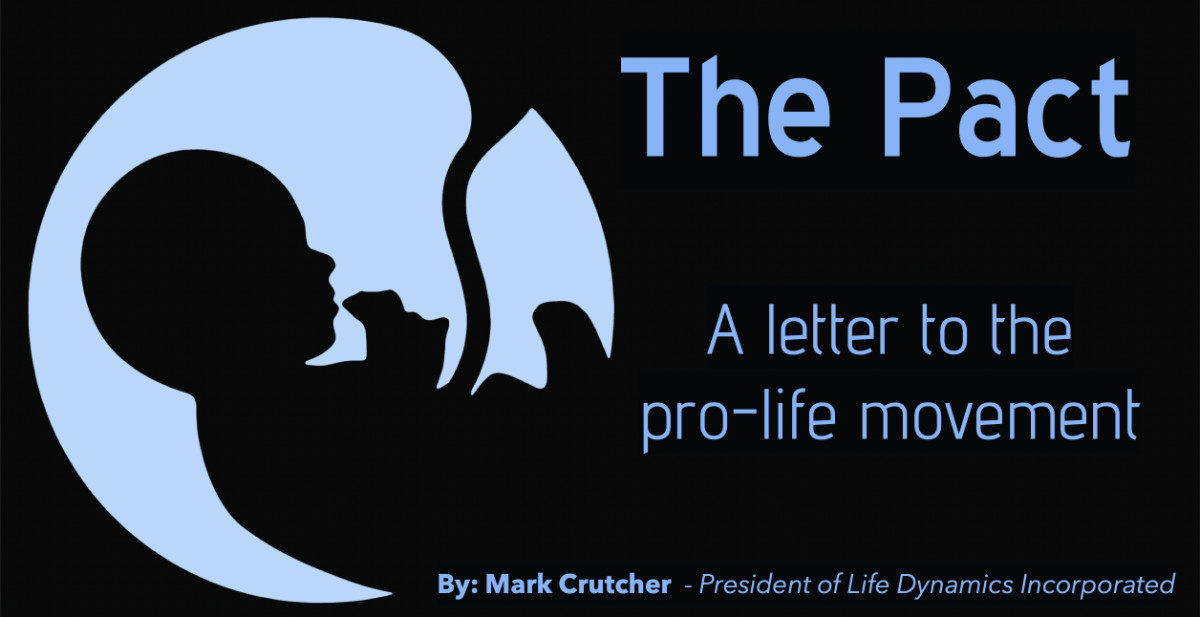 (LifeDynamics.com) At the beginning of the classic Christmas movie, It’s a Wonderful Life, George Bailey stood on a snow-covered bridge preparing to jump into the icy river below. He had convinced himself that his life counted for nothing and was no longer worth living.

But as he was about to jump, he was visited by Clarence – an angel who showed him all the ways he had made life better for his family, his friends and those in his small hometown. By the end of the movie, George had come to realize that his biggest mistake was that he was letting his life be defined by its failures.

THOSE OF US IN THE PRO-LIFE MOVEMENT OFTEN MAKE THIS SAME MISTAKE.

We think about the fact that after all these years and despite all our efforts, thousands of unborn babies are still being killed every day – with no end in sight. So we begin to doubt whether we’ve really accomplished very much, and some of us will even fear that we may be fighting a battle we can’t win.

On the surface, this sort of despair might seem justified, but when you look deeper a much different picture emerges.

For example, in 1992 there were more than 2,100 abortion clinics in America. Today, there fewer than 600 left and most of them are gasping for air. But you can be assured that if the pro-life movement had never existed, there would be abortion clinics in every mall and shopping center in the country. And that is only the beginning…

IF THERE HAD NEVER BEEN A PRO-LIFE MOVEMENT:

IF YOU DOUBT THAT’S TRUE, CONSIDER WHAT TOOK PLACE IN THE SOVIET UNION.

After it became the first industrialized nation in the world to legalize abortion, its Communist government banned all organized opposition to abortion. Decades later, researchers documented that

90 percent of all first pregnancies and 60 percent of all subsequent pregnancies were being legally aborted, and many others were ending in illegal or unrepor ted abor tions. As a result, one study found that the average Soviet woman had nine abortions during her child-bearing years.

Of course, 2,500 babies still being killed every day is a national disgrace, and it tells us that we still have a long way to go. But to belittle or ignore the accomplishments of the pro-life movement is nonsense. It requires us to believe that the abortion rate plummeted for some mysterious reason that had nothing to do with the pro-life movement, and it dismisses the millions of babies saved by our efforts as if their lives never mattered.

The fact is, the Soviet Union was a prototype for what happens in any country where the abortion industry is allowed to operate without opposition or restraint, and if it had not been for the American pro-life movement, that pattern would have been repeated in the United States. In that case, our abortion rate would not have been cut in half – it would have at least doubled, or worse.

So today, we would not be standing over the graves of 65 million dead babies, but 150 million, or 250 million or, who knows how many. Think about that the next time you hear someone question whether the pro-life movement’s blood, sweat and tears have bought anything.

IT IS COMPLETELY UNDERSTANDABLE THAT THE PRO-LIFE COMMUNITY WOULD, FROM TIME TO TIME, BECOME DISCOURAGED.

We are locked in a brutal life-and-death struggle against odds that can seem overwhelming. In addition, we have to fight this battle in a world where we are routinely lied to and lied about, and stabbed in the back by those we thought we could trust.

In an environment like that, it is easy to become focused on our failures and mistakes. But like George Bailey, falling into that trap is the single biggest mistake we can make. It not only distracts us from the battle, it also hides from us the fact that we have already saved millions of babies and we save thousands more every day. And yes, that is a fact.

The point is, our movement’s past is riddled with failures, and it would be unrealistic to think that there won’t be more failures in our future. No one ever said that our mission would be easy.

But the good news is, in order to win we do not have to be perfect; we have to be faithful. Remember, God told us that the gates of hell would not prevail against those who follow Him. If we will just accept that promise as the source of our strength and our resolve, our victory is assured.

AFTER ALL, IF THE FRONT DOOR OF AN ABORTION CLINIC IS NOT A GATE INTO HELL, THEN HELL DOES NOT EXIST.

And that is exactly what we are going to do! Our movement can be justly criticized for many things, but in our quest to protect the unborn we have never and will never run away from the sacrifices that must be made, or the burdens that must be borne, or the obstacles that must be overcome.

So wherever God places us on the battlefield, and whatever role He assigns us, we will do our duty, storm the gates, and trust Him to deliver the victory. In the mean time, we will not let Satan rub our noses in our failures and we will not follow him onto any snow covered bridges.

The Pact: A Letter To The Pro-Life Movement

Editor’s Note: The Pact was reprinted at Live Action News with permission from Life Dynamics.