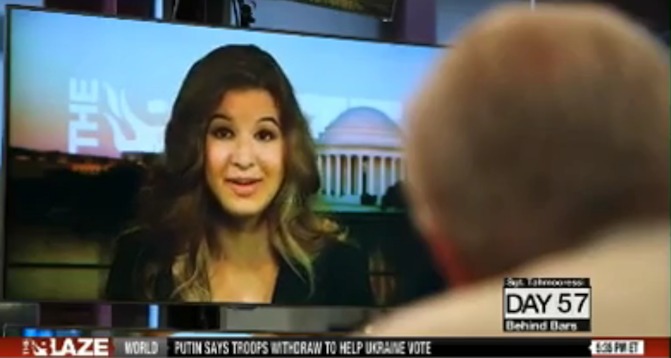 Tuesday night, a college freshman from West Virginia University became the country’s youngest legislator. 18-year-old Saira Blair, a Republican from the 59th Delegate District in her state, beat out her Democratic opponent — a trial attorney 26 years her senior — by a landslide.

Saira, who  garnered the endorsement of West Virginians for Life, boldly declares on her website, “I’m pro-life and proud of it.” After winning the election, Saira took to her official Facebook page, saying that it is precisely because she is young that she believes she can affect the change that West Virginia needs:

When I made the decision to run for public office, I did so because I firmly believe that my generation’s voice, fresh perspective and innovative ideas can help solve some of our state’s most challenging issues.

Although Saira’s father is also a West Virginia legislator (State Senator Craig Bair), she told TeenVogue that her views are wholly her own — not ideals to which she ascribes because of her parents. In fact, on certain pro-life issues, Saira surpasses her father in fervor:

“I know it’s unusual because people my age usually aren’t as conservative as I am,” she says. “I don’t want people to think that my views are just based off of what my parents taught me. In fact, there are issues we don’t agree on completely, like I don’t believe in the morning-after pill, but my father does. I’m actually more conservative in some ways.”

The teen appeared on Glenn Beck in May, clearly articulating her vision for West Virginia. Beck appeared astounded by the teen, who didn’t miss a beat, and the fact that she was up for the challenge of being a lawmaker and a college student simultaneously. Blair seems unfazed by the juggling act awaiting her:

Blair embodies the drive and passion that catalyze millions of pro-life young people across the country, who are rapidly outnumbering their pro-abortion counterparts. POLITICO reports that Blair rejects the notion of a Republican “war on women,” saying:

Blair pushed back against criticism that young people are apathetic and Democratic claims that the GOP has a war on women. An anti-abortion, pro-gun conservative, Blair said fiscal issues and jobs will be her priority and should be on the minds of other young voters as well.

In fact, Saira reported to POLITICO that “the most [negativity] that I get for my age and for my gender is from the Democratic Party, not from my own.”