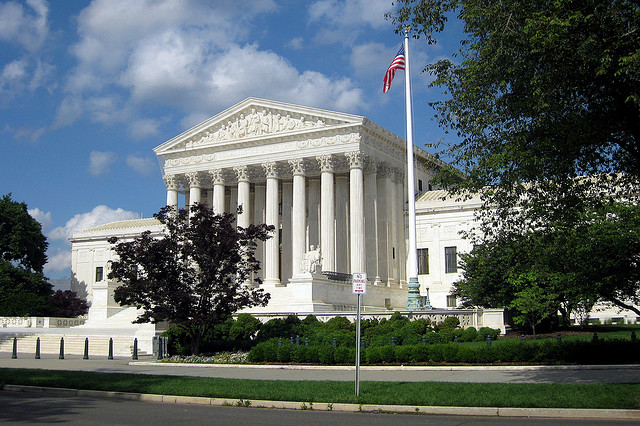 How they pulled a right to privacy out of the Constitution. 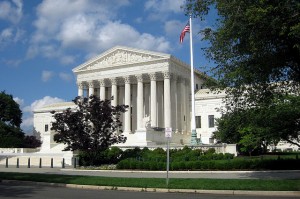 The US Supreme Court. Photo credit: wallyg on Flickr.

What I see is that no person shall be deprived of life without due process. We have a constitution that is designed to protect life. But right now it is doing the opposite.

The case that laid the groundwork for this right to privacy was Griswold v. Connecticut. On June 7, 1965, the decision was issued in that case. Now, forty-seven years later we can see where that decision has taken us.

Back in the 1960s, Connecticut had a ban on contraceptives. This ban was challenged, and the case made it to the Supreme Court, where the Court found:

Would we allow the police to search the sacred precincts of marital bedrooms for telltale signs of the use of contraceptives? The very idea is repulsive to the notions of privacy surrounding the marriage relationship.

We deal with a right of privacy older than the Bill of Rights — older than our political parties, older than our school system. Marriage is a coming together for better or for worse, hopefully enduring, and intimate to the degree of being sacred. It is an association that promotes a way of life, not causes; a harmony in living, not political faiths; a bilateral loyalty, not commercial or social projects. Yet it is an association for as noble a purpose as any involved in our prior decisions.

With the right to privacy on the books, it was only eight years before the concept was expanded in the infamous Roe v. Wade case. Yes, the ability to abort one’s child was recognized in the Constitution under the right to privacy, a right that was established forty-seven years ago today.