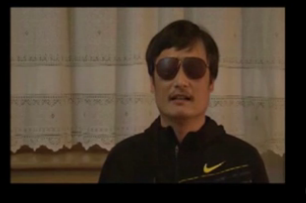 Will President Obama and his administration stand up for human rights worldwide?

A few days ago, I reported on the news that pro-life Chinese activist Chen Guangcheng had managed to escape from the captivity of Chinese government officials.

Over the weekend more news broke: first, Chen is reportedly in a “100% safe location,” but Chinese authorities are actively seeking him out. That safe location is purportedly the U.S. Embassy in Beijing, China, according to AFP news.

“I also respectfully ask that you take all other available diplomatic measures to ensure the safety and freedom of Mr. Chen and his family,” Smith said in the letter.

“I remain extremely concerned about the safety and well-being of Mr. Chen’s family members who continue to be held under home confinement, as well as those who have assisted him. The fact that government officials have repeatedly and severely beaten Mr. Chen, his wife, and his mother during his house arrest, in addition to denying him adequate medical treatment and nutrition in spite of his fragile and deteriorating health, gives rise to justifiable reports that his family members and others associated with him are now in danger,” Smith said. [LifeNews]

Sadly, at this point, officials with the Obama administration refuse to say if they will protect Chen.

Mitt Romney, the presumptive Republican nominee for president, has called on the Obama administration to protect Chen:

“My concern at this moment is for the safety of Chen Guangcheng and his family,” he said. “My hope is that U.S. officials will take every measure to ensure that Chen and his family members are protected from further persecution.”

Romney continued, “This event points to the broader issue of human rights in China. Any serious U.S. policy toward China must confront the facts of the Chinese government’s denial of political liberties, its one-child policy, and other violations of human rights. Our country must play a strong role in urging reform in China and supporting those fighting for the freedoms we enjoy.” [LifeNews]

Like I wrote last week, the best thing we can do for Chen is to spread the news far and wide to raise awareness and, additionally, sign this petition to President Obama to protect Chen (as of this writing, it is fast approaching 2,000 signatures – let’s see if we get it to 5,000!).

If the Obama administration were to take a strong stance in defense of Chen’s human rights – and the rights of the unborn in China who are aborted because of China’s official one-child policy, and the human rights of Chinese women who are often forced to undergo abortions and sterilizations – the cause of universal human rights w0uld take a dramatic step forward!

UPDATE: When asked today, President Obama refused to comment on Chen’s situation, saying, ““I am aware of the press reports, but I’m not going to make a statement on the issue.” Clearly the president needs to hear from more of us!