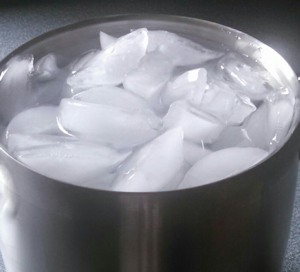 EDITOR’S NOTE: This article first appeared at Beata Mministries.com and is reprinted with permission. While we know that not all of our readers are Catholic, we feel that everyone will benefit from this piece because of the solid science and ethical truths presented.

Anyone who spends time on Facebook is now well aware of the Ice Bucket Challenge that has been sweeping the internet as a campaign for raising awareness and donations to research for ALS (amyotrophic lateral sclerosis), or Lou Gehrig’s disease. Whether we laugh, feel inspired, or roll our eyes at the montage of ice bucket videos daily growing on our news feeds, we can certainly agree that increasing our compassion for this severe degenerative disease and funding to find a cure for it are noble causes.

However, many Catholics have found themselves in the uncomfortable position of having to dump cold water on this well-intentioned cause in a completely different way. This is because certain ALS foundations, including ALSA, the primary beneficiary of the Ice Bucket Challenge, fund or advocate research using embryonic stem cells. Such research presents a serious ethical dilemma to all people of good will and is explicitly declared morally illicit by the Catholic Church.

How much do you know about stem cells? How well do you know the Catholic teaching about them? How should you respond to the Ice Bucket Challenge? Test yourself with our quiz below:

What are stem cells?

Stem cells are a large class of cells that are either “totipotent” (Latin for “total potential”, have the potential to turn into any cell in the human body) or “pluripotent” (Latin for “many potential”, have the potential to turn into many types of cell in the human body). They belong to a number of different categories depending on their origin and their potential. Adult stem cells (C and D) come from the adult body and are generally pluripotent. Fetal stem cells (B) are pluripotent but are at a different place in their development than either adults or embryos, so these cells have different properties. Embryonic stem cells (A) are totipotent, as we all began life as single cells with the potential to differentiate into all the cell types in our bodies now. This is why embryonic stem cells are interesting to the scientific community and also why they are ethically and morally problematic.

How are embryonic stem cells generated?

As mentioned above, fetal stem cells are not the same as embryonic stem cells. This is not to say that the life of an embryo does not have the same value as the life of a fetus; indeed, the Catholic Church teaches that life is to be respected from the time of conception onward, and therefore an embryonic life is to be respected the same as a fetal life and the same as an adult life. But it is important to be aware that the embryonic and fetal developmental stages are distinct and the types of cells are different, especially when speaking with non-Catholics, so that respect for life at all stages is not confused with ignorance of what those stages are.

Both A and B can give rise to embryonic stem cells. By method A, IVF, an egg is fertilized in vitro, cultured for around five days while the cell divides into a multicellular embryonic structure called a blastocyst, and the embryo is then destroyed and the cells inside are cultured as embryonic stem cells. By method B, SNT, the egg is not fertilized; instead it is given the nucleus of a somatic cell. Somatic cells are any cell in the human body that is not a reproductive cell. Thus the resulting embryo is in fact clonal, as it has the same genome as the somatic cell that contributed its nucleus which is where the DNA is. However, the developmental pathway is the same as with IVF; the cell divides and enters the blastocyst embryonic phase and is then destroyed and its stem cells harvested. It is known from animal research that SNT-derived blastocysts have the potential to become an adult, as SNT was the method used in cloning Dolly the sheep.

How can adult cells be stem cells?

The adult body does maintain some “progenitor” cells, for instance in tissues like the bone marrow, whose job is to replenish particular cell types in the body. These are the naturally occurring adult stem cells that are inherently pluripotent and may give rise to multiple therapeutic cell types if isolated and directed to differentiate. As it turns out, since all the specialized cells in the body started as pluripotent cells, scientists can actually take committed cell types like skin cells and hair follicles and “dedifferentiate” them back to progenitor states, so they basically forget what type of cell they were and can become another cell type. These are the induced pluripotent stem cells, or iPS cells, and are a class of adult stem cell.

The Catholic Church declares research on which types of stem cells intrinsically immoral?

Adult stem cells do not raise inherent moral objections and the Church supports the experimentation on these sorts of cells, especially for the inherent moral good of treating serious diseases. Likewise, fetal stem cells of licit origin (e.g. tissues from fetuses that died of natural causes or from the umbilical cord) do not present inherent moral problems. However, embryonic stem cells derived either from IVF or SNT are produced in a manner that by its nature violates the dignity of the human person and is therefore considered immoral and unacceptable by the Church.

The Church does not accept the use of IVF, as this separates the act of conception from the marital act. However, the life of an embryo conceived through IVF is no less sacred than a life created through natural means. Therefore the destruction of that life, of that human embryo, for the sake of harvesting its stem cells is morally wrong. Even if the intended use of the cells is for a noble purpose, the destruction of the life is an unacceptable price to pay.

There is a misconception that stem cells generated through SNT skip the embryonic phase and go straight to tissue and are therefore licit unlike IVF-derived embryonic stem cells. However, although SNT cells are cloned rather than conceived, they nonetheless result in embryos with the potential to become adults, which must be destroyed to obtain the stem cells. Thus SNT-derived embryonic stem cells also entail a moral transgression against the sanctity of procreation and against the sanctity of life.

Despite objections by the Catholic Church as well as many non-Catholic bioethicists, research is still being done on embryonic stem cells because:

To date, only adult stem cells have exhibited therapeutic efficacy. Whether this is due to funding limitations due to the ongoing ethical and legal debates concerning embryonic stem cells or the inherent difficulties in programming them or both is a matter open to debate. Many in the scientific community are of the opinion that adult stem cell research is a more practical (as well as more ethical) avenue to effective therapies and have chosen to focus their efforts on adult stem cells, particularly iPS cells which have been shown to have great versatility. Nonetheless, some data do indicate that iPS cells cannot be reprogrammed fully at this point and maintain some memory of the cell type they used to be, an issue that embryonic cells would not have. Whether limitations of iPS may be overcome through continued research and whether it actually impairs their therapeutic value is not yet ascertained. However, it is a basic tenet of natural law that “the end does not justify the means”. Although some in the scientific community may struggle to accept this tenet or to accept the moral gravity of the means, we must remember to be respectful and patient with them without sacrificing our convictions, and to pray for them.

So what can I do as a pro-life Catholic if I’m issued an ice bucket challenge?

Any and all of the above are morally acceptable (although some water conservationists may disagree with A). Catholics do have a moral responsibility to refrain from being complicit in activities (even the best intentioned ones) that violate our moral convictions, so we are bound to donate to organizations that promote therapeutics that affirm life at all its stages should we choose to donate to ALS research. A list (not exhaustive) of such organizations is included below. Moreover, Catholics have a moral duty to share the truth with others. So if we do post a video dumping ice on our heads, we would do well to repost the URL to an ethical stem cell therapy foundation and to remind our friends and family that we are pro-science, we are pro-cures, and we are also pro-life.

Where to read more about Catholic bioethics:

The United States Conference of Catholic Bishops on Human Life and Dignity – http://www.usccb.org/issues-and-action/human-life-and-dignity/stem-cell-research/index.cfm

Rachel Dudek is a doctoral candidate in the Chemical and Biological Engineering Department at Northwestern University. Her research involves engineering mammalian cells for therapeutic purposes, and she is a practicing Catholic.