You’re sexist until you’re not…but you still might be, maybe.

Gender-selective abortion: until now, it’s been one of the least controversial issues across the United States. It was a way for liberal feminists and conservative pro-life advocates to come together (at least ideologically) and begin to agree that this one particular practice is offensive to both sides. India, China, and sections of the Middle East and Africa have been known for large numbers of abortion based on gender, and have, for the most part, implemented laws attempting (halfheartedly) to stop the discrimination.

It’s just so easy for us to point fingers from our cozy home country, blaming faulty culture, faulty government, faulty religion, or more likely than not a combination of the three. We clearly don’t have a “sexist” abortion problem, because abortion, in this country, is a liberating right of the modern woman. We are told that we allow abortion because we are not sexist.

I feel like before recent political decisions, a lot of feminists decided that those countries have abortion because they are sexist, and families in those countries are patriarchal and want to make sure that at least one among their mandated number of children is male. Abortion in those countries is wrong, unless of course it’s in the name of “reducing the population,” because that is a major issue. Because they lack women’s rights and effective birth control, those places have to allow abortion; otherwise, the whole culture goes down the drain (somehow…)! 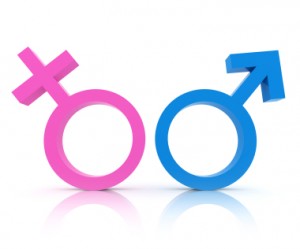 What they can’t allow is gender-selective abortion, which is almost but not completely an even worse issue than overpopulation. Clearly, aborting little girls is a terrible thing, because it’s sexist, and that’s not fair to the entire generation of women denied the right to live solely because of their two X-chromosomes. Therefore, as long as a woman doesn’t know her fetus is a girl, she should have the right to abort it. Otherwise, it’s morally reprehensible. Are you confused yet? I am, but to be fair, I am not a liberal feminist. I’m sure (I hope?) I’m missing some key points here, but I think that’s the gist of it.

Now let me get this straight: if someone in the United States wants to get an abortion, she has every right to go ahead and end her pregnancy in the name of her right as a woman, the inconvenience of the pregnancy, and/or the economic difficulty of raising a child. If a woman in India wants to abort her daughter because it’s her body and her right, or because of the economic difficulty of the dowry, or because a daughter, in that culture, is merely “inconvenient,” she needs to buck up and carry that baby to term because to do otherwise is sexist? I hope the double standard here is obvious.

I honestly don’t see how this isn’t a complete double standard based on cultural discrimination and disregard for life as a whole, but correct me if I’m wrong. I would actually like to see some logic in this. If I can only hope that the leaders and intellectuals of this country are actually being logical, I may not feel so pessimistic about the subject at hand. In the meantime, I’m completely appalled and disappointed that the people who value women’s rights so ardently are so quick to reverse an issue once it hits the home front.

I personally think virtually all abortion is wrong, and I’m going to stand by that, even if I risk being affiliated with a group with traditionally opposing opinions, a group that may threaten funding to organizations I like, because I take the issue seriously. No amount of humiliation, loss of popular support, or defunding will make me change my moral integrity. I can only wish that others begin to feel the same way.