For nearly forty years, pro-lifers have fought the infamous legality of abortion in our nation. We have seen victories and failures, progress and setbacks.  We have seen more strides made in this movement in the last two years than we’ve ever seen in the past.

We are our own road block.

So what is it that has been holding us back from saving these unborn children from being legally killed at their most vulnerable stage of life?

Now, the following cannot be said for all or even most pro-life activists. However, I can tell you that all of the following applied to me at some point in my life, and I see it on a daily basis from others in the movement. This comes from personal experience.

Discussion leads to education, and education leads to ending abortion. But if we’re caught up in name-calling, how can we expect to even have a discussion?

Calling an abortion clinic an “abortuary” or a “murder mill” isn’t going to exactly entice a pro-choice advocate to listen to you when you want to discuss the reality of abortion. Even worse, calling them “pro-death” or “anti-life” will be taken as a personal threat and will shut them away from you completely.

Think about it: when you get called “anti-choice” or “anti-woman,” does it really make you feel like having a rational talk with someone about a heated topic?

I used to see abortion clinic workers as greedy, money-hungry people who enjoyed killing babies. I know that that mindset is not unique, either, and unfortunately, it still runs rampant. Abortion clinic workers are not the enemy. They begin working at these clinics because they have every intention of helping women in need. Perhaps they have had an abortion, or know someone who has, and believe that they are obligated to protect that right for other women, too. Maybe they just needed a job and there happened to be an opening at the clinic, so they took it, unaware of what it truly entailed. Whatever their reasoning is for entering the abortion industry, it is not founded on greed. 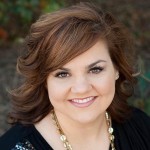 When we stand outside a clinic and scream “murderer” or “baby-killer,” we have absolutely no chance of helping clinic workers transition out of the industry. Consider this: what if former Planned Parenthood abortion clinic director Abby Johnson faced nothing but condemnation and judgment day in and day out during the eight years she worked with Planned Parenthood? When she had a conversion after witnessing an abortion on an ultrasound, she turned to the local Coalition for Life for help. Why? On a near-daily basis, they stood outside the clinic she managed, greeting her with a smile and being warm towards her. If they had not, Abby would currently be the COO of the largest abortion clinic in this nation – Planned Parenthood of Houston, a late-term abortion center.

In the very near future, Abby will be officially starting a non-profit ministry for former abortion clinic workers.  “And Then There Were None” will offer emotional, financial, spiritual, and legal assistance to those desiring to leave Planned Parenthood and the abortion industry. If all they had to turn to was a group of people who hate them, how could we ever expect them to have a change of heart and leave?

Since 40 Days for Life began in 2007, we know of sixty-nine abortion clinic workers who have left their jobs because people were outside praying for them and reaching out to them with kindness and compassion. What if 40 Days for Life was rooted not in prayer and fasting, but rather screaming and picketing? Clinic workers would stay put, and those 5,900 babies that have been saved would not be alive today.

(Note: I strongly recommend reading Abby’s book UnPlanned for an honest inside look into the mindset of abortion clinic workers.)

When 40 Days for Life was founded, the face of the movement changed because it brought Christians of all different denominations together in a peaceful and prayerful way. Groups like Secular Pro-Life (you can find them on Facebook) consist of people “from atheists to Zoroastrians” and bring together pro-lifers of all faiths, or none at all. This is what true pro-life unity is all about.

It’s perfectly fine to be motivated by your faith to put an end to abortion, but when it causes division, it’s time to take a step back and figure out how to get along.

I wrote a blog about this last year. Let’s be honest: some people who call themselves pro-life are just plain cruel. And yes, I used to be guilty in this aspect.

Imagine you are a young woman going to get an abortion. You just lost your job, and upon discovering your pregnancy, your boyfriend threatened to kick you out of his apartment if you didn’t “take care of it.” You’re terrified, and abortion seems like the only solution. Tell me, will hearing a group of people yell “you’re going to hell!” or “murderer!” at you across a parking lot make you want to listen to them? Or would it make you feel like you’d be safer inside the abortion clinic?

When we encounter an abortion-minded woman, whether outside an abortion clinic or anywhere else, first and foremost, we cannot jump to judge her. We have to listen to these women, we have to show compassion, and we have to offer alternatives. Remember, every woman who is contemplating abortion is someone’s daughter. She is that baby’s mother. They are aunts, they are nieces, they are sisters, and they are friends. If someone you cared about was in a crisis pregnancy, how would you want her to be treated? Think about it.

Post-abortive women have some of the most powerful testimonies in favor of life that we could ever imagine. They know firsthand how abortion tears families apart, how a simple “choice” lingers with you the rest of your life. Ask women like former Planned Parenthood director Abby Johnson, or women like my friend Jewels Green, or any of the men and women who speak up from Silent No More Awareness or Rachel’s Vineyard about trying to find healing after an abortion. It’s traumatic. It’s often repressed.

I used to be one of those pro-lifers who despised post-abortive women, outwardly. I thought they were selfish and lazy. But I’ve learned that if these women heard nothing but the things I used to say, there would be no hope of their finding healing or coming forth with their stories in hopes other women won’t make the lethal mistakes they did.

Post-abortive women are human beings, and they need to be treated like it. Their testimonies can save other women from a lifetime of regret and can save babies’ lives.

“The only thing necessary for the triumph of evil is for good men to do nothing.” -Edmund Burke

If you are only silently pro-life, you are abetting the legal onslaught of the unborn. Regardless of your age, there are so many things you can do to put an end to abortion. Be a voice for those who do not yet have one. Be active in your convictions. The lives of the most vulnerable among us depend on your activism.