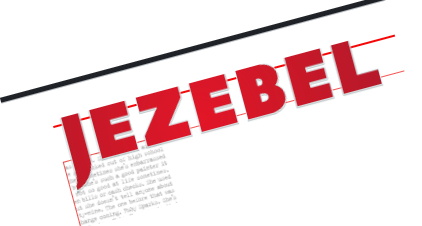 And ill-considered hyperbole, to boot! 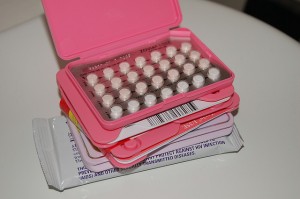 If it’s a day ending in “y,” then it’s a safe bet that someone at Jezebel is in hysterics about pro-lifers. On August 1, the radical feminist blog’s Erin Gloria Ryan excoriated Pennsylvania Republican Rep. Mike Kelly for comparing the federal birth control mandate to the attacks on Pearl Harbor and the World Trade Center.

I know in your mind you can think of times when America was attacked. One is December 7th, that’s Pearl Harbor day. The other is September 11th, and that’s the day of the terrorist attack. I want you to remember August the 1st, 2012, the attack on our religious freedom. That is a day that will live in infamy, along with those other dates.

America’s being attacked? Shouldn’t we be deploying Seal Team 6 to Mike Kelly’s wife’s cervix? WHO CAN WE BOMB?!

Admittedly, it’s hyperbolic to compare a wrongheaded, overbearing government policy to sneak-attacks that plunged our country into bloody, costly wars. Such analogies should be avoided both as a matter of sensitivity to those who’ve lost loved ones in military conflicts and terrorist attacks and as a matter of political common sense.

But to be fair, the comparison isn’t entirely wrong. Over 2,000 Americans were killed at Pearl Harbor and nearly 3,000 on September 11, and both attacks began conflicts that claimed far more lives. We don’t yet know how many unborn deaths will be specifically attributable to the HHS mandate, but we do know that it encompasses abortion-inducing drugs, and we know that abortion kills over a million people per year and has killed nearly 50 million since Roe v. Wade – more deaths, in fact, than the American body count of every war we’ve ever fought.

Meanwhile, forcing coverage of non-abortive drugs clearly isn’t analogous to literal violence, but it is attacking the principle of religious liberty. Ryan sneers that she missed the part of the Constitution granting business owners the “freedom to decide that their female employees shouldn’t be allowed to purchase birth control using funds from a pool they’ve paid into.”

Yes, you did. Religious freedom means exactly what it sounds like: employers are free to choose not to use their own resources on goods or services that violates their religious beliefs, and employees are free to choose employers based on whether such decisions comport with their own religious beliefs (or lack thereof). Whether they’ve paid into the pool is irrelevant for the simple fact that other people paid in, too, including the employer. They get a say, too, and all ultimately are bound to accept the terms they agreed to upon entering it. Government has no part of it.

Kelly’s far from a women’s health expert; before he was a Congressman, he owned a car dealership that he inherited from his dad, where he presumably didn’t spend his time between convincing people to buy minivans with fold down TV’s on the ceilings so the kids can shut up and watch movies rather than talking to their parents furiously studying female anatomy and the way contraception actually works — nope, his anti-abortion, anti-birth control views were forged entirely in a kiln of white hot stupidity and religious fervor.

If I were as ignorant of religious liberty, natural rights, and constitutional law as Ms. Ryan, I’d be a little more careful about playing the credentials card. Nowhere does she identify what particular information is lacking from Kelly’s position. Nor does it occur to her that congressmen’s jobs entail researching the subjects they vote on…and so far, the evidence suggests that the only ones who failed to do their homework before enacting and implementing ObamaCare were the Obama administration and their allies on Capitol Hill.

But instead of doing, well, anything to construct a substantive argument for her position, Ryan just strings together a series of sarcastic insults and insinuations of sexism, labeling differing views a product of mere “stupidity and religious fervor” on the basis of no evidence whatsoever.

To be fair, we shouldn’t expect a higher level of discourse from someone who thinks this is a mature way to treat opponents, but Ms. Ryan’s tirade does illustrate the dominant mindset of pro-abortion activists and commentators: totally arrogant about their superiority, deeply prejudiced toward the minds and motives of their opponents, and wildly ignorant of key facets of the issues. Ill-considered hyperbole may be bad, but anti-intellectual bigotry is worse.