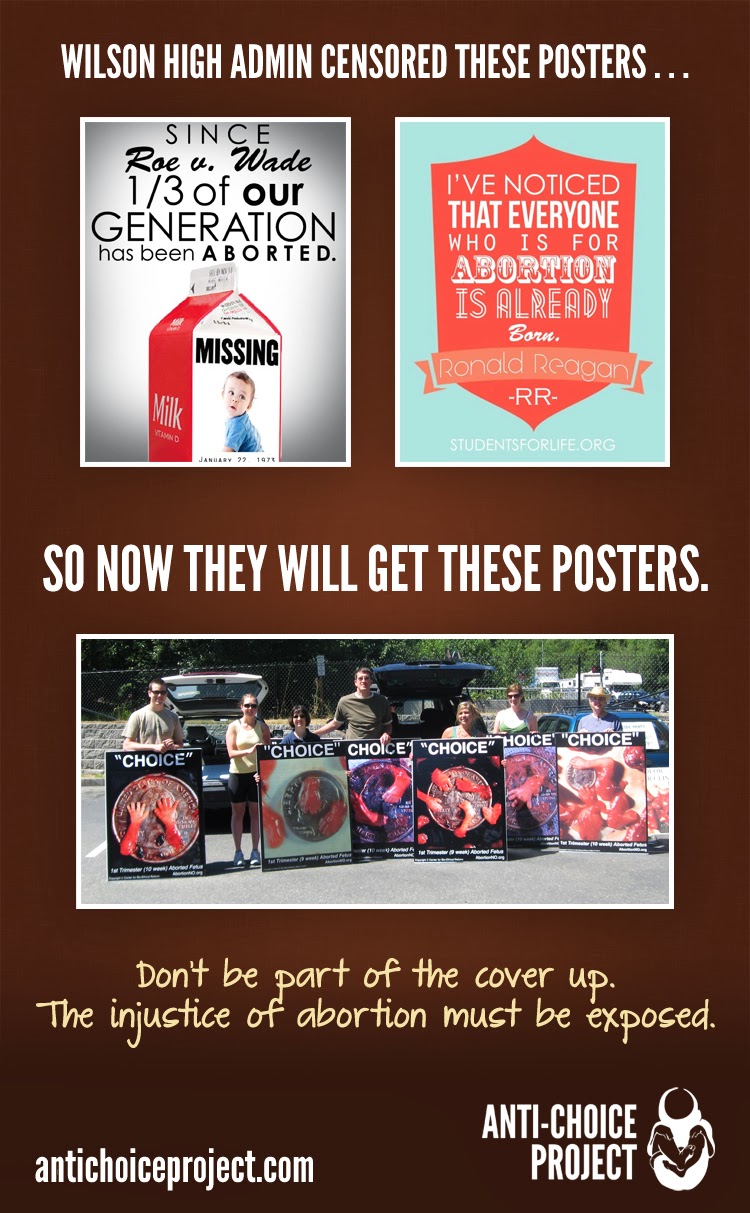 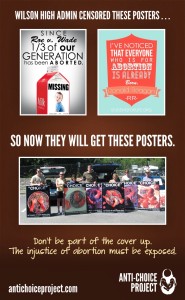 Sometimes abortion supporters like to refer to pro-lifers as “anti-choice” which isn’t that well received. But one pro-life group has taken the term and owned it, creating The Anti-Choice Project, an all-volunteer, non-profit organization in Washington. Their website says:

Those in the Pro-Life Movement are often accused of being “anti-choice.” We, however, find this label perfectly appropriate in light of what is being chosen. When it comes to the “choice” of dismembering an innocent baby, we are unabashedly anti-choice.

The group was founded in 2009 by Andrew St. Hilaire and Tom Herring with the mission of ending abortion by showing America what actually happens to the unborn child. Volunteers stand at busy intersections where they are protected by the First Amendment, with signs featuring the images of a 1st trimester baby killed by abortion.

Knowing that a picture really is worth a thousand words, The Anti-Choice Project uses abortion imagery to show that the words “choice,” “reproductive rights,” and “fetus” dull the truth of what abortion is, an act of violence. America has become complacent about this fact, turning their heads from the truth. The Anti-Choice Project won’t allow that to continue. By taking a bold stance against abortion, they’re doing what many have been afraid to do, offend pro-choice America.

And when a Tacoma high school banned two non-graphic pro-life flyers by a student, The Anti-Choice Project stepped in. Herring told reporters:

We are here because abortion is here. The staff at Wilson High chose to censor Bryce Asberg’s text-only posters, so now they will be treated to ours which have almost no text at all. Teens old enough to have an abortion are old enough to see an abortion.

Many have argued that teens are too young to be exposed to the pictures of abortion violence, but in according to data from the Washington State Department of Health, 833 high school girls ages 15-17 had an abortion in 2012. 60 more were performed on girls under the age of 15.

The Anti-Choice Project has had great results:

It has really opened my eyes to what really goes on between closed doors. Abortion is just not right, how can you terminate a innocent sweet baby.

I used to be pro-choice, but those images are so disturbing and heart-wrenching that I do not believe in abortion anymore.

The Anti-Choice project is growing and has ten chapters across the country. Those interested in learning more can visit antichoiceproject.com.