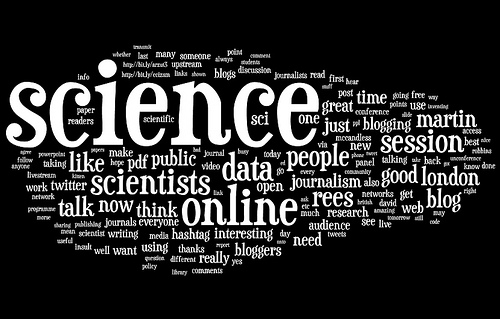 1) Affirming that we never need to give in on matters of principle and life, Cardinal Timothy Dolan, on the contraceptive mandate in ObamaCare:

The only thing we’re certainly not prepared to do is give in. … Not violate our consciences, and not obey what we consider to be something immoral. That we’re committed on.

2) Reminding us that our position on life defines our society, Senator Marco Rubio, at the Susan B. Anthony List annual dinner:

The issue of life is not a political issue, nor is it a policy issue, it is a definitional issue. It is a basic core issue that every society needs to answer. The answer that you give to that issue ends up defining which kind of society you have.

I don’t see how a person can separate their private life from their public life or their faith. Our faith informs us in everything we do. My faith informs me about how to take care of the vulnerable, about how to make sure that people have a chance of life.

Now, you want to ask about why I’m pro-life. It’s not simply because of my Catholic faith. That’s a factor of course. But it’s also because of reason and science.

You know, I think about ten and a half years ago, my wife Janna and I went to Mercy hospital in Janesville where I was born for our seven week ultrasound for our first born child, and we saw that heart beat. Our little baby was in the shape of a bean, and to this day we have nick named our first born, Liza, bean.

Now there might be some people who can convince themselves that a child magically transforms into a human being when their little toe pops out of the birth canal…However, I’ve concluded that modern medical science will inform us that children are in reality human beings at some point before the moment of complete birth.

History is littered with disastrous examples of laws which pretended some people were not human beings to achieve some desired result or suit someone’s philosophy…Just laws must be based on accurate evidence, not arbitrary lines unrelated to reality.  If there’s no objective criteria for who’s a human being, then personhood and the fundamental rights that go with it can be defined in any way any powerful person or group decides.  Is that the Canada you want?

5) Personalizing the issue and demonstrating the true strength of women in the face of adversity, an anonymous mother who wrote her story, “My Miracle Baby,” on the Embrace Grace blog:

It wasn’t until I met Bryan when everything changed.  He was supposed to end up being a one night stand but the plans changed. I happened to get pregnant with a miracle baby. … In the back of my mind, I kept thinking, what if God is giving me a miracle baby to help me? What if this time, a baby would change everything? All of these thoughts went through my head as I sat there and listened to Bryan talk down to me about the pregnancy and how big of a mistake it was. I just sat there let him go off on me but when he was done, it was like God lifted me up and spoke for me. I said, ‘I am keeping this baby and there is absolutely nothing you can do nor say that will change my mind.’

6) Poignantly putting the issue in perspective, a friend of mine, Amy Kerschner, on Facebook:

If we were to honor every child murdered through an abortion procedure in the United States from 1973 to the present day with that same moment of silence, we would be silent for 95 years.

We ignore their helplessness, we advocate their slaughter, we are indifferent, we are apathetic, and we allow the election of leaders whose goal is to accelerate the number of children killed each year.

7) Reminding us that womanhood has never been defined by intentionally killing our own children, Lila Rose, in “Battle hymn of the anti-abortion feminist,” published on Politico:

We are women who view the intentional killing of children not as a constitutional right, a matter of privacy or a necessary evil but, rather, as profoundly anti-woman and the antithesis of love. 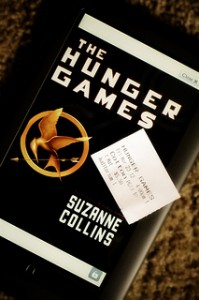 The first Hunger Games movie aired in 2012, to much anticipation. (Photo credit: Nomadic Lass on Flickr)

8) Sending a message to teens on the unspeakable horror of killing another innocent person and on our ability to choose to be different, despite our society, quotes from the Hunger Games trilogy by Suzanne Collins (Granted, these books were published prior to 2012, but they were made even more popular by the movie, which came out in 2012. Hence, the quotes deserve a place on this list.):

It sends out a very clear message: ‘Mess with us and we’ll do something worse than kill you. We’ll kill your children.’ – The Hunger Games

But I don’t know what to tell him about the aftermath of killing a person. About how they never leave you. – Mockingjay

Only I keep wishing I could think of a way…to show The Capitol they don’t own me. That I’m more than a piece in their games. – The Hunger Games

Planned Parenthood doesn’t make its money by providing prenatal care, facilitating adoptions, teaching new parents how to care for their children, or even preventing parenthood for the 329,445 women whose babies it aborted in 2010. Its business is death. …

And with 46% of Planned Parenthood’s $1.04 billion budget coming from taxpayer dollars, you and I are helping to fund these atrocities taking place in our nation’s biggest, shiniest abortion offices. (Read the rest of Foster’s article here.)

10) Encouraging us to keep up the good fight, the late Andrew Breitbart, of the famed Breitbart.com, at a speech about his pro-life conversion after being raised in a town where you simply had to be pro-choice.

I don’t think I would have seen the light if there were not brave people like you who stood up to that.

11) Reminding us that every single life – including the disabled and “unwanted” – has a precious value, TIME‘s Joe Klein, on Bella Santorum: 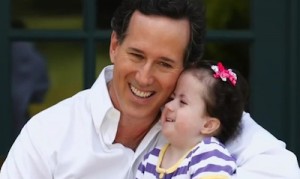 12) Proclaiming that the face of abortion is the face of an innocent child, the former abortionist’s nurse in October Baby:

I didn’t see non-viable tissue.  I saw the face of a child.