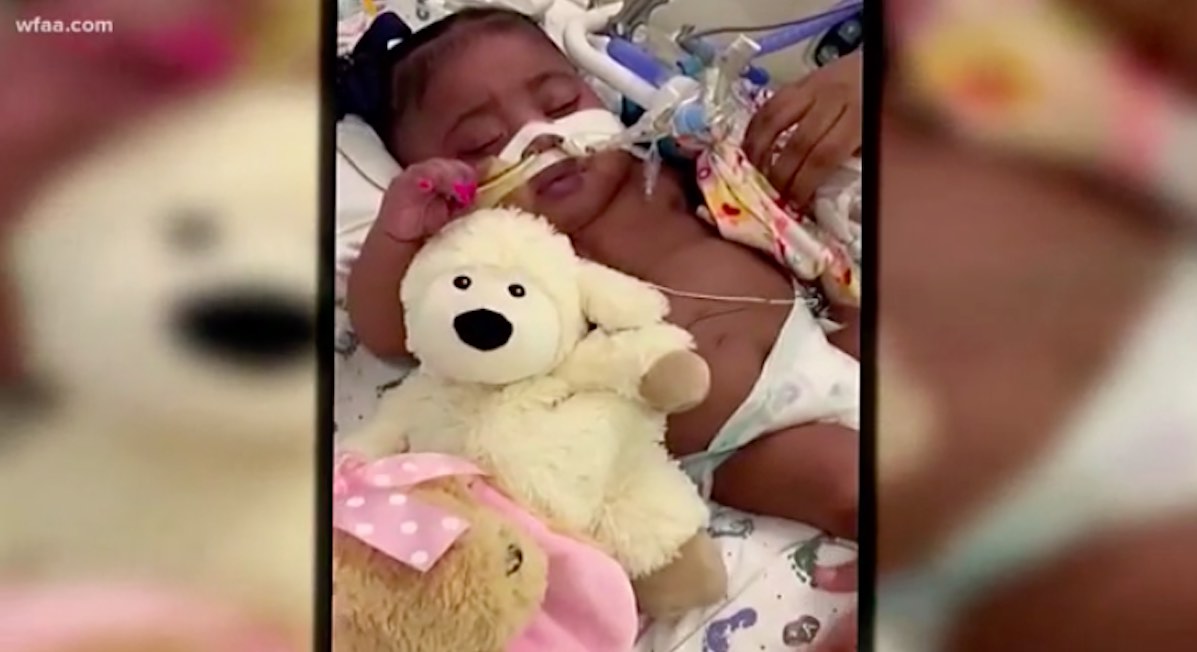 The Supreme Court of Texas has rejected a hospital’s plea to allow them to withdraw medical treatment for 18-month-old Tinslee Lewis. The hospital hoped the Court would overturn a Second Court of Appeals injunction from July.

The toddler, who is on a ventilator due to severe congenital heart issues from a condition called Ebstein’s anomaly, has required intensive medical care and hospitalization for most of her life. Her continued care has been the subject of a legal battle between the hospital and her family dating back almost one year. With the latest Texas Supreme Court ruling, the case now returns to the district court to rule on Baby Tinslee’s right to continued care.

In November 2019, Cook Children’s Medical Center invoked the Texas 10-Day Rule to notify Baby Tinslee’s mother, Trinity, of its intent to withdraw life-sustaining treatment, as Live Action News reported. The rule allows a hospital to give just 10 days’ notice of its intent to withdraw life-sustaining care to a patient, often forcing families to scramble to find care. As Texas Right to Life has pointed out, the Second Court of Appeals ruling in July rightly cast doubt on the constitutionality of the Texas 10-Day Rule.

READ: Baby Tinslee gets new support from a host of disability rights groups

“No patient should be robbed of due process and civil liberties once admitted to a hospital,” said Kimberlyn Schwartz, Director of Media and Communication for Texas Right to Life upon Friday’s Texas Supreme Court ruling. “And no family should have to race against the clock to save their loved one with an ailment or disability.”

As Live Action News has reported, medical doctors who reviewed Baby Tinslee’s case in July have asserted that her condition is treatable. The physicians argued that a simple tracheostomy would solve many of her problems caused by being on a ventilator for an extended period of time, as well as enable further treatment. According to WFAA, Cook Children’s Medical Center would first have to agree to grant emergency privileges to a physician to perform a tracheostomy and follow-up care.