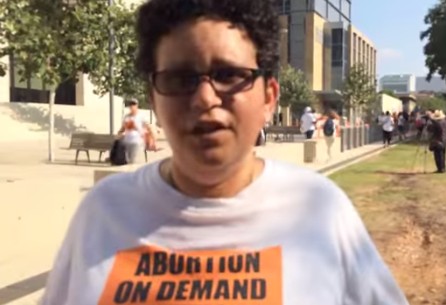 During mid-August, Texas Right to Life was in Austin to monitor the federal court trial of HB 2, the Pro-Life Omnibus Law passed last summer. They witnessed a protest by extremist abortion supporters chanting: ”abortion on demand and without apology,” at the Texas Capitol.

Texas Right to Life interviewed some of the activists who said that the pro-life movement was winning and was not just going to go away. The pro-abortion protesters vowed to fight on in a national counter-offensive for abortion expansion and even said that a “revolution” may be necessary to accomplish this goal.

This video should encourage us in the pro-life movement to keep fighting and spreading the truth about abortion and what it really does to women. It does not empower them.