It’s a bad time of year to be a pro-abortion Texan, and it just got worse. Today, Texas Attorney General Greg Abbott announced the conclusion of a state Medicaid fraud investigation which resulted in improper activity from Planned Parenthood Gulf Coast, Inc., and fined the organization $1.4 million for fraudulently over-billing the taxpayer-funded Medicaid program.

According to Abbott’s office:

This news is a fascinating check and balance of the public funding Planned Parenthood receives nationwide and in many states, though Texas is one that has actually cut its funding.

The Planned Parenthood office that has been fined has received plenty of government funding, however. Its own website reports that its operating  revenues from 2011, the last reported year, came from “49% Government Contracts for Health Services (for low-income and income eligible women),” which was the largest percentage of its funding. 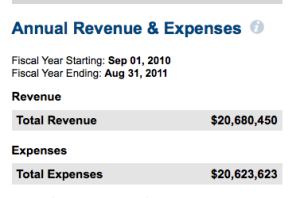 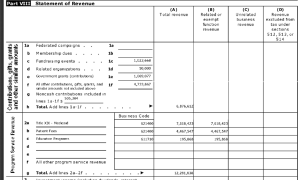 With millions of dollars going in and out, an organization should have top-notch accountants and staff who monitor and audit financials to be sure that the public money entrusted to them is spent on its directed purpose. Technically, federal funding cannot be used for providing abortions, but since money is fungible, it can be channeled into a legal services and still, theoretically, support the abortions – whether it is coded that way or not.

Now it seems that the home of one of the biggest abortion clinics in the nation cannot account for its own financials. Considering the compensations of the organization’s top employees, also reported by its Form 990 tax return, it would behoove the public to ask for more audits and accountability.

A $1.4-million mistake is a pretty big one to stomach in today’s economic climate. Whether abortion is legal or not, mismanaging money is still unacceptable and should be addressed by all sides of the issue. Today the Texas attorney general has taken a massive step in showing the public that things may not be as they seem in the business side of abortion facilities – to the tune of more money than most top-paid professionals would make in years. That’s a lot of mistakes. And Planned Parenthood will now pay for $1.4 million’s worth of mismanagement of public funds.