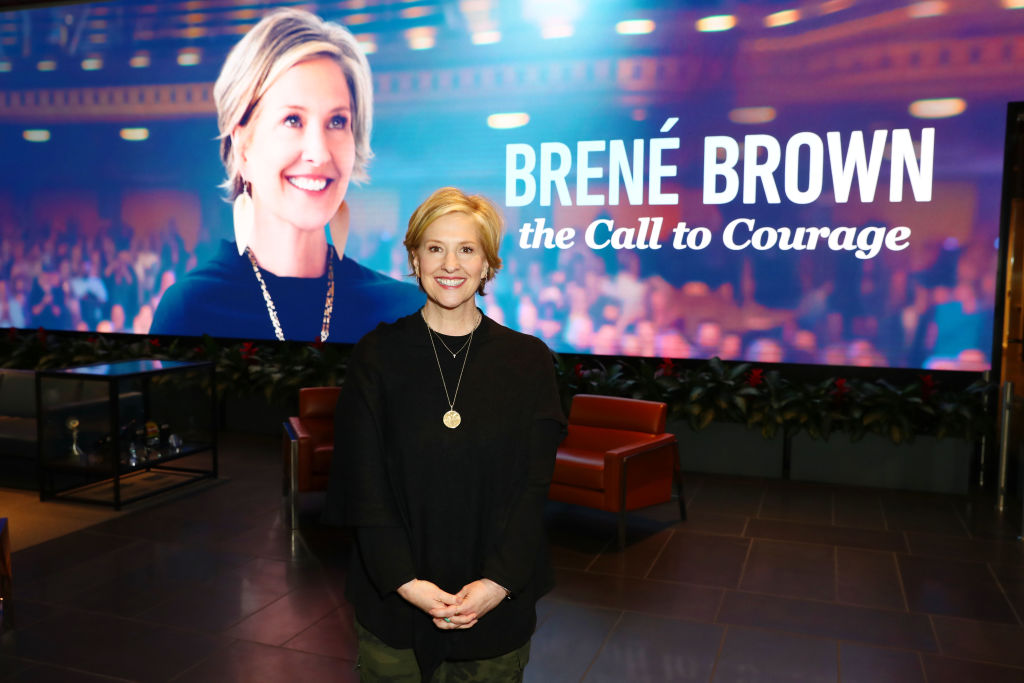 Renowned trauma and shame researcher Brené Brown has helped millions of men and women gain understanding on how shame shuts individuals down — and therefore the possibility of dialogue, productive conversation, and growth is shut down as well. And while Brown’s political sympathies could be more or less surmised when she hosted pro-abortion President Joe Biden on her podcast Unlocking Us in October 2020, historically Ms. Brown herself has largely steered clear of partisan political commentary in her writings, focusing instead on what can unite rather than divide us. Until now.

On September 13, in response to the Texas Heartbeat Act, the woman who became famous for advocating vulnerability and empathy came out guns blazing against pro-lifers in a roving, rambling Instagram post short on logic, long on sweeping generalizations and mischaracterizations, and utterly devoid of empathy for an entire population of human beings: the preborn.

Brown’s post began, “The abortion ban in Texas is not about protecting life. It’s about protecting power — the kind of power that’s based in fear, scarcity, and white supremacy. It’s power fueled by self-protection and tinged with the ever-present threat of violence and, now, bounty-hunting vigilantism.”

She didn’t mention that fear, a scarcity mindset, and a desire for self-protection against the perceived threat of a child are precisely what motivate many women to choose the violence of abortion, the ultimate power play of the strong over the weak.

She took aim alternately at Governor Greg Abbott’s approach to the coronavirus pandemic, the state’s rates of food insecurity, uninsured children, death-penalty executions, and Texans’ ability to “now carry handguns without a license or training” as evidence for her claim that, as she then reiterated, “the abortion ban is not about protecting life. It’s about protecting power.”

But while she cited these various and disparate claims as self-evidentially proving her point, she made no logical case for how restricting abortion disempowers anyone. She briefly critiqued “voting restriction legislation” before concluding that “white, male power-over is making a last stand, and they’re afraid. That makes them dangerous. Abbott and Patrick have shown no real leadership in protecting all Texans…”

Conversations can certainly be had about the most prudent policy approaches to each of the relevant issues like food insecurity and children living in poverty that Brown raised, but her arguments failed to acknowledge that the humanity and worth of the preborn person require protection as well.

Conservative podcast host Allie Beth Stuckey highlighted the hypocrisy of this stance when she noted that the same medication used to kill prisoners on death row via lethal injection is also used during late-term abortions. “Talk about a horrific way to die,” Stuckey said. “To call that bodily autonomy, to call that reproductive justice, but be against the death penalty, which is actually more humane when administered to convicted murderers, that just doesn’t make any sense. Maybe be against both [the death penalty and abortion]… but again, being for it for babies and against it for convicted murderers just doesn’t make a whole lot of sense, especially for this so-called compassionate self-love guru.”

Brown continued flinging accusations in her post, next addressing the women who support the Texas Heartbeat Act, who she assumed must be “on the far right.” She wrote,

“… women on the far right remain a strong voting constituency, serving up themselves and all of our daughters – even their own – in the process. Why? Because in many Texas homes and churches, girls are still raised to believe that the safest way to access power is to protect it and stand next to it so that, if we’re lucky, we can catch the drippings. They just forgot to mention that we’d pay for protecting that power with our bodies, our minds, and our spirit…”

Brown appeared unable to conceive of a world that actually accepts the principles she touts, of love, belonging, acceptance, authenticity, and vulnerability. Instead, Brown accepted the progressive line that pits mothers against their preborn children in a zero sum game of rights, and maligns the pro-life women who demand more and better than this myopic viewpoint.

And while Brown can only understand the Texas Heartbeat Act as some kind of political power play for white male politicians and their weak-minded female accomplices, the reality is that banning the violent destruction of innocent, vulnerable people is a necessary action item for those seeking to authentically live out her messaging.

Pro-life, pro-woman policies counter the societal narrative of shame around unintended pregnancy and actively support those seeking to overcome their own desperate life circumstances with resilience and hope.