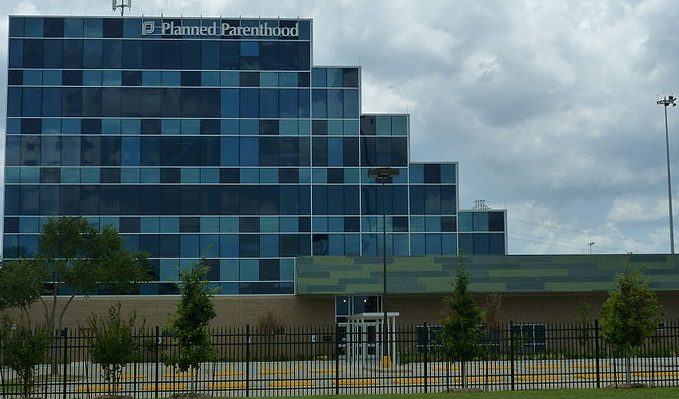 Texas Governor Greg Abbott said this week that he hopes Planned Parenthood files legal action against the state’s move to cut off  the organization’s Medicaid funding so he can put their officials under oath.

“One, the Inspector General says he has evidence showing that Planned Parenthood altered the abortion procedure in order to obtain fetal tissue. This violates federal law as well as state law,” Gov. Abbott said.

That fact was detailed in several undercover videos published by the Center for Medical Progress. One of the clinics that CMP filmed was a Planned Parenthood mega center in Houston (pictured above).

Abbott, who was previously Attorney General of Texas before being elected governor in 2014, continued:

Second, the Inspector General showed, that he had evidence where Planned Parenthood allowed unsanitary conditions that could cause the spread of infectious diseases.

Third… the fact that Planned Parenthood has already previously been found in violation of Medicaid fraud for billing for items and services that were either unnecessary or never provided. And, the Inspector General says he has uncovered more instances of these types of violations.

When asked to respond to Planned Parenthood’s charge that this move by the state is a “scandal,” Abbott called it “cover for the very serious violations they face.” He accused Planned Parenthood of bilking the taxpayers of the State of Texas and the US out of money which they did not deserve. He pointed out that there are thousands of places where women can receive the health care they need through the Medicaid Program.

Asked if he expected a legal challenge, Abbott responded, “I hope for a legal challenge here because I want to put these Planned Parenthood officials under oath and get them to swear about the practices that they were conducting in the state of Texas. Either their horrific practices will be revealed or they may be found in violation of laws for perjury.”

Abbott then reiterated that the State’s legal actions would have occurred without the CMP videos: