Why special treatment for abortion clinics? 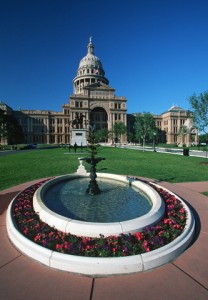 On Tuesday, a Texas Senate committee advanced a bill that could shutter all but five of the abortion facilities in the state. Abortion is surgery, and Texas wants to make sure women who have them are treated like any surgery patient by having a minimum standard in all facilities that provide abortions.

The Texas Senate Health and Human Services Committee voted 5-2 to advance Senate Bill 537, which would require abortion facilities to have minimum requirements necessitated by any ambulatory surgery center in the state. Abortion activists are crying foul and claiming they are being singled out.

“Proponents of this bill are not really concerned about women’s health,” Carla Holeva, CEO of Planned Parenthood of West Texas, said in a statement. “This bill places onerous requirements on health centers, requirements that do nothing to improve the health or safety of women.”

Holeva’s comments are inflammatory but inaccurate. First, the bill doesn’t make a special requirement for abortion facilities; it simply includes them in all ambulatory surgical requirements by holding them to the same standard as any person receiving surgery in Texas facilities. A look at the part of the Texas Health & Safety Code – Section 243.010 shows that what this bill would now require abortion facilities to follow happens to be very much in favor of women’s health.

There aren’t many people who wouldn’t want their surgery center to have such basic requirements. On the contrary, it should be deeply disturbing that these basics are not currently required in Texas.

In fact, this bill would limit the services of 37 of the 42 abortion clinics in Texas, which is the outcry of the abortion rights advocates. The Huffington Post adds:

Only five of the 42 clinics in Texas are currently licensed as ambulatory surgical centers, according to a Planned Parenthood spokesperson. If the bill becomes law, the other 37 clinics will either be forced to close down or to undergo costly and extensive building renovations in order to comply. The five clinics that would remain open are in Texas’ major metropolitan areas – Dallas, Houston, Austin and San Antonio – so women in most rural parts of Texas would have to drive much farther in order to access abortion care. 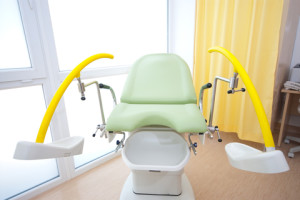 It’s an ironic protest by an industry that claims that if abortion were illegal people would still have them, but in unsafe and unsanitary conditions. Instead, they are demanding that the standards that make most medical care safe in our nation should apply to everyone – except abortion facilities. Abortion is not emergency surgery that has to happen in the moment it is desired, and very often we not only wait, but drive out of our way to get specialized medical care. It’s actually not an unusual or cumbersome demand to ensure that abortion facilities follow an existing health code.

This law is what the abortion industry labels as TRAP laws. The Center for Reproductive Justice, an abortion advocacy group, says:

“TRAP” (Targeted Regulation of Abortion Providers) laws single out the medical practices of doctors who provide abortions, and impose on them requirements that are different and more burdensome than those imposed on other medical practices. For example, such regulations may require that abortions be performed in far more sophisticated and expensive facilities than are necessary to ensure the provision of safe procedures. Compliance with these physical plant requirements may require extensive renovations or be physically impossible in existing facilities. TRAP laws may also allow unannounced state inspections, even when patients are present. These excessive and unnecessary government regulations – an ever-growing trend among state legislatures – increase the cost and scarcity of abortion services, harming women’s health and inhibiting their reproductive choices.

But again, this law is not singling out abortion doctors, but rather including them in existing law. The accusation that these laws may be extreme in requiring facilities to have “far more sophisticated and expensive facilities than are necessary to ensure the provision of safe procedures” is actually a dangerous one, implying that abortion rights advocates somehow have a unique insight into all the medical complications that could arise, and they should get to determine the standards.

All across this nation, there are oversight and quality assurance procedures to ensure the health and safety of patients. Perhaps if more existed in the abortion industry, we would have fewer reports of women being carted off in ambulances from abortion clinics due to complications. It’s enough that we take one life in an abortion; we hardly need to risk the life of the other because we don’t want to adhere by accepted safety standards.

SB 537 bill could go up for a full vote by the Texas Senate as early as Thursday. Texas Governor Rick Perry is an outspoken pro-life advocate, so the bill would likely be signed by him if approved.