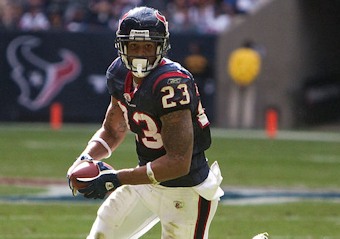 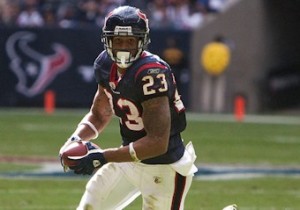 Houston Texans player Arian Foster, who is married with two children, is being sued by Brittany Norwood, a University of Houston student who claims that Foster fathered her child and is now pressuring her to have an abortion. She is suing for emotional distress after allegedl yhaving received many threatening texts from Foster and having been approached by his brother, who also tried to pressure the woman into aborting the child. According to the local CBS affiliate:

Norwood said everything changed when she told Foster she was pregnant and wanted to keep the baby.

“He’s like, ‘You know, if you loved Arian at all you would have an abortion because this child is going to ruin everything,’” Norwood said. “’Like, our whole family will never accept this child.”

The question of paternity has been settled, according to the woman, who claims that a DNA test has confirmed the 99% probability that Foster is the father of the child.

A recent study by King’s College in London found that around 25% of women who seek abortions are abused by their partners. This includes the type of psychological abuse for which Norwood is suing Foster. Norwood’s child is a baby boy, and she is due to give birth in June.