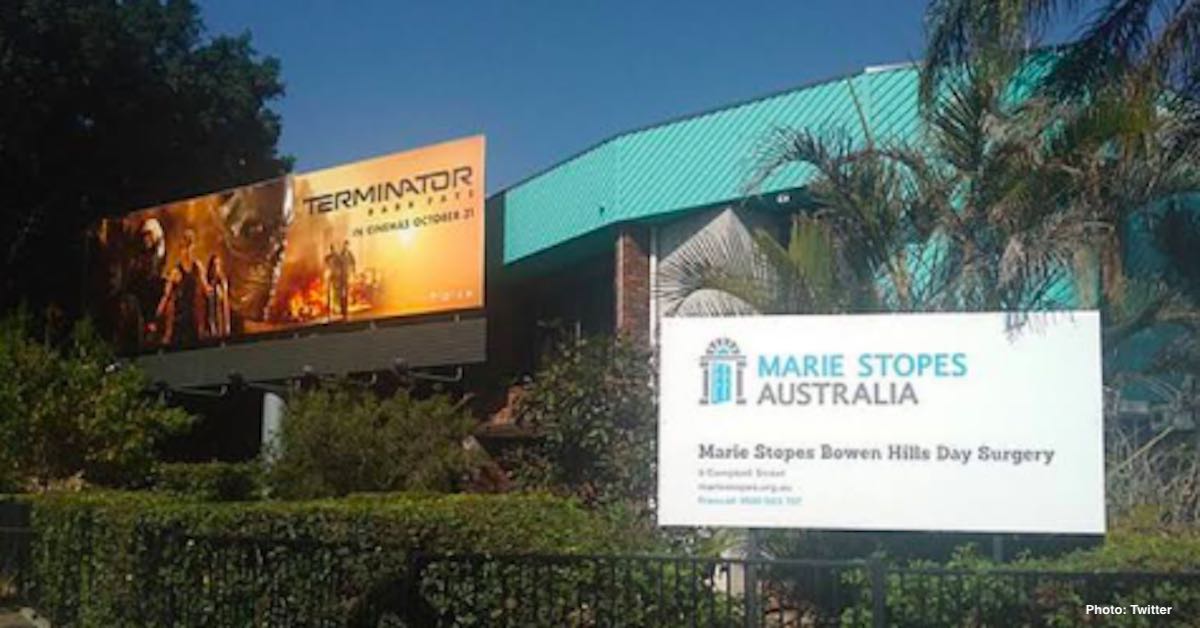 Abortion activists cried foul after a billboard advertising the upcoming movie “Terminator: Dark Fate” was erected outside of an abortion facility in Australia near the beginning of October. The billboard was spotted in front of Marie Stopes Bowen Hills Day Surgery in Brisbane, and angry staffers demanded it be taken down.

“It was through our staff we started to make inquiries to get it removed,” a Marie Stopes spokesman told Daily Mail Australia. “It’s unfortunate and obviously inappropriate.” It also didn’t take long for abortion advocates to complain about the billboard’s presence online.

Hey @Terminator, who decided it was a good idea to put a billboard outside an abortion clinic? Poor form. pic.twitter.com/rMpGHzNOWs

Let’s put a terminator billboard outside an abortion clinic. What could possibly go wrong? https://t.co/RFNmHC3xyv pic.twitter.com/C44SPGITW3

It’s not altogether surprising that the abortion industry and its defenders are angry about a billboard that (quite unintentionally) destroys the euphemisms surrounding what happens behind the facility’s doors. While it is constantly claimed that abortion is nothing more than health care, the truth is that abortion intentionally destroys the life of a growing human being. The reality is, abortion is never medically necessary, and it is not health care. Abortion is killing — plain and simple. Even abortionists have admitted that what they are doing is taking human lives.

The “Terminator: Dark Fate” billboard was likely just a coincidence; it’s almost certainly wasn’t intentionally placed in front of an abortion facility. But the fury from Marie Stopes staffers and other abortion defenders is because they understand exactly what the issue is. The irony, after all, is inescapable. There’s a “Terminator” billboard in front of a building in which countless human lives are being snuffed out every single day, and for a hefty profit, no less. It’s no wonder staffers were so anxious to have the billboard taken down. No one wants to be reminded that in real life, they’re the ones doing the terminating.