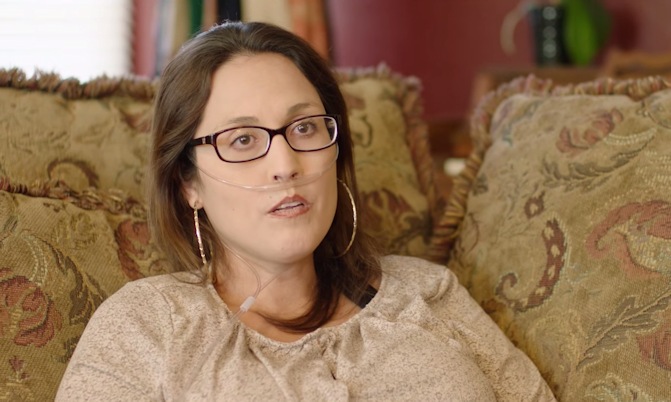 Stephanie Packer, a 32-year-old wife and mother, is at the end of the three years she was given to live. But she doesn’t want the option of assisted suicide.

Watch this video to see why.

Recently introduced in California, SB 128 would make it legal for people given a terminal diagnosis (under six months to live) to ask for a prescription from their doctors which would kill them once it’s ingested.

Packer is not the only one speaking out against this bill. The American Medical Association states:

“Physician-assisted suicide is fundamentally incompatible with the physician’s role as healer, would be difficult or impossible to control, and would pose serious societal risks.”

And a coalition is being formed of Californians against the legalization of suicide.

Packer is an inspiration, as she describes the beauty of making memories in her last months of life:

In the video, Dr. Aaron Kheriaty tells us:

“Once you cross that bright line, once we ask physicians to switch their role from becoming healers to becoming killers, this is where things take us.”

What line are you willing to let legislators cross? SB 128 moves to the state Senate this week and your voice needs to be heard.

Call our lawmakers to tell them you want individuals like Packer to be given the chance to make the most of their lives without being compelled to choose suicide.

Below are the names and numbers of key senators to call.

Don’t let this bill pass without a fight. Share this article and start talking to our legislators!