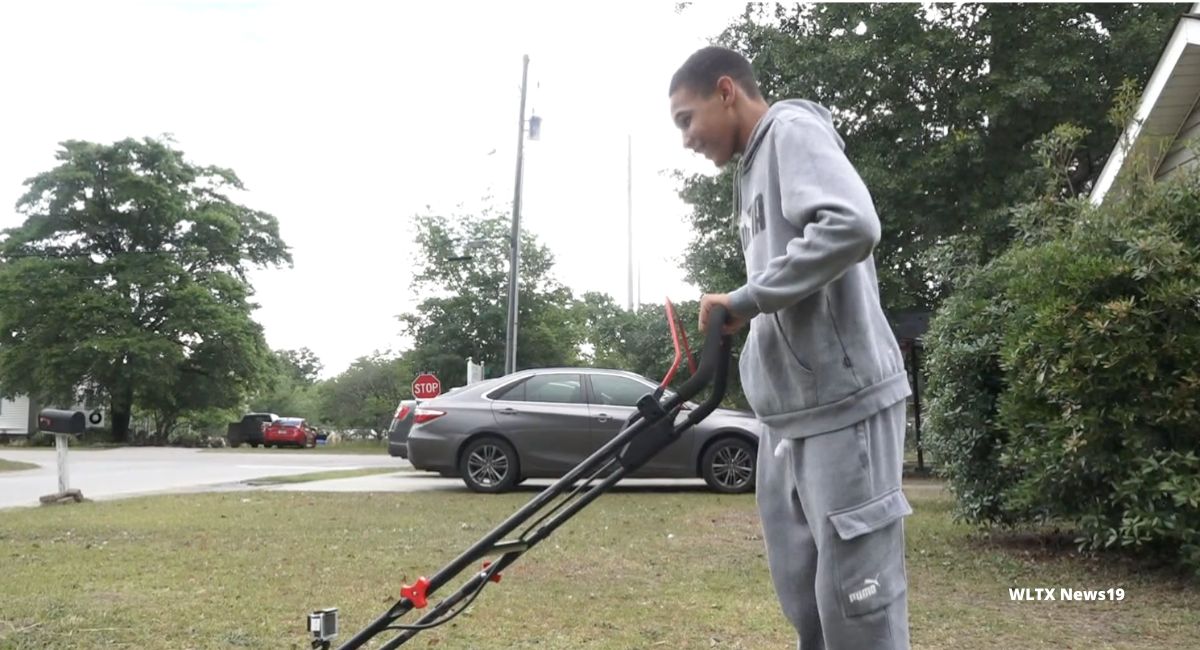 14-year-old Tyce Pender already considers Eric Jenkins his father. All that’s left is to make it official through adoption — and Pender wants to do everything he can to help.

In an interview with TODAY Parents, Pender explained why he started his own lawn care business: so he can contribute to the legal fees for Jenkins to officially adopt him. “He’s been a father figure to me since I was 2,” Pender said. “He’s always been there for us and helps me with anything I need like homework.”

In 2010, Jenkins started dating Pender’s mother, Marcy. After the couple got married, talk turned to adopting Pender and his brother, Tylee. Despite having a lawyer who has agreed to work with the family pro bono, the adoption will still cost them thousands of dollars. So Pender decided to step up.

“This is important because Eric teaches me respect, independence and what a man is supposed to be. If anything ever happens to my mom, Eric is who I’d want to live with,” he said. “Court is expensive. I thought I could make enough money to pay for the adoption.”

So he decided to mow lawns, even though he had never done it before. His mom bought him the lawnmower, and he advertised on Facebook. And then he got to work.

“Right now I have seven people signed up,” Pender told WLTX. “Three of those are already booked and two are getting quotes from me.”

Pender doesn’t have a set rate for his services; he works individually with his clients to work with them based on what they can afford to pay. One of his first clients, Sarah Larrabee, gushed to WLTX about Pender and what a great job he had done. “It went so well, he was such a sweet kid,” she said. “So polite and like just so happy to be there and excited to have his first job, and it was just so sweet.”

Last week, he had an ever bigger accomplishment: the city of Cayce, South Carolina, presented him with his very own business license. “I am a real business owner at 14,” he wrote on Facebook. “This is big to me. There’s a lot that’s gone on since this time last month, so many people to thank, and I can’t wait to share more good stuff.”

So far, TODAY Parents said Pender has raised about $400, and they plan to cover the costs of the adoption themselves.

“Caring for Tyce is my job,” Jenkins told TODAY Parents. “His heart is in the right place. … I’m extremely proud of Tyce. He’s a good kid.”