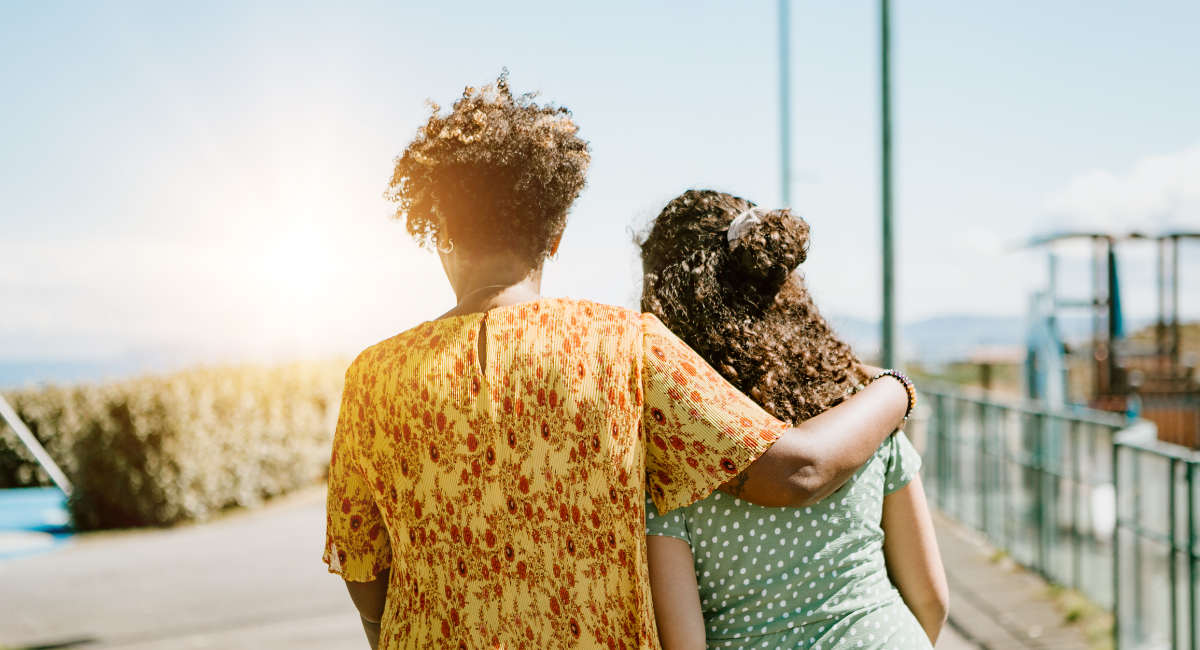 A teenage mother who got pregnant in high school hid her secret so she could avoid being pressured into an abortion. She overcame the potential hardship of teen parenting to have a successful career, and is now looking to help other teen mothers like her.

Linda Crump was a senior in high school and looking forward to attending college when she discovered she was pregnant. With her boyfriend away at an out-of-state college, she wondered how she was going to navigate the challenges of teen motherhood. Crump knew with certainty she wanted to keep her baby, that it was the right thing to do. But she faced a formidable task: informing her mother about her unplanned pregnancy, fearing she’d pressure Crump to have an abortion.

“I kept my pregnancy a secret, confiding only in my aunt,” Crump told Live Action News. “When I was past the first trimester and no longer eligible to have an abortion, my aunt told my mother about the pregnancy. She was predictably upset.”

Amidst the rising tension with her mother, Crump went to live with her aunt until her daughter was born. Driven by a will to give her child a comfortable living, Crump soon secured a good job, but surprisingly, her mother contributed additional financial support.

“Once my daughter was born, my family became supportive, but I was still experiencing a strained relationship with my mother despite her efforts at helping me financially,” Crump said.

A friend told Crump about Teen Mother Choices International (TMI), and how the organization helps to support teenage mothers through mentorship and parenting programs, like the Teen Mother Choices Program. Crump was initially skeptical, astounded that “strangers” would be willing to offer aid to women like her without any benefit to them. Crump couldn’t have known at the time how her experience with TMI would impact her life in substantial ways.

“The environment at TMI was one of such love and empowerment,” she said. “I was paired with a great mentor whose love was overwhelming. She was such a positive influence in my life and believed in my potential. She was the wing beneath my wings, inspiring me to be a great mother and achieve my dreams.”

While Crump was raised a Catholic and had attended Mass, religion seemed more of an obligation to her, without any real meaning. She didn’t quite understand who Jesus was and what he represented. But through TMI, she came to know of the love and salvation Jesus offered. The year she graduated out of the program, Crump got baptized, and became a dedicated follower of Christ.

Now, as a TMI graduate, Crump wanted to give back. Never showing any interest in running as a sport, she was fueled by a desire to support TMI’s Teen Thrive mission and a newfound confidence in her abilities, to participate in fundraising marathons.

“My biggest joy was running in the Chicago marathon,” she said. “I also served as a small group leader. I can never repay back what I gleaned from my years in the program but wanted to do my part.”

Eventually, Crump married her daughter’s father after years of living together and being the sole breadwinner. She didn’t want to marry without some assurance the relationship would work. “It was important to me that we marry for the right reasons,” Crump said. “It was very difficult at first as my boyfriend was trying to finish college and needed to mature and get a good paying job. The onus fell on me during the early years of our relationship to support our family financially.”

During this time, her affiliation with TMI was vital in helping propel her career. While working at Walgreens in an entry level job, Crump had her sights on a better paying job within the company, but without a college degree, she didn’t think she had a competitive edge. She was wrong.

Crump said, “A volunteer with TMI had some connections at Walgreens and got me an interview for the position and thankfully, I got the job.”

From teenage mother to rewarding life

Today, Crump enjoys a thriving career as an account executive at the CVS corporate office, working alongside colleagues who have master’s degrees. She attributes her “can-do” attitude, strong work ethic and determination to succeed not only to the skills she learned from TMI, but also as her time as a teenage mother.

“The early years were filled with lots of sacrifice and uncertainty,” Crump said. “But I wouldn’t change one minutes of it. Because of the challenges I endured as a single parent, I learned the importance of tenacity, hard work, resiliency, and a belief in one’s capabilities to get through the tough times. I was committed to raising my daughter the best way I could. All my experiences good and bad, shaped the person I am today.”

For her part, Crump installed the same strong work ethic and “can-do” attitude into her daughter, who is currently studying fashion design at New York’s Fashion Institute of Technology.

One important dream for Crump was to serve as a TMI board member, but she had some doubt as to whether it would happen as quickly as she wanted. To her surprise, she was chatting one day with the organization’s founder, Christa March, who suggested Crump apply to be on the board. Sure enough, Crump was voted in as board member, providing another way in which to serve the organization she values so much.

Crump said, “I’ll never forget that when I was in situations where I couldn’t see the light at the end of the tunnel, my mentors with whom I kept in touch, always were there guiding me, helping me move through those rocky situations.”

To teens facing unplanned pregnancies feeling hopeless and grappling with lack of self-confidence, Crump tells them to get a mentor and surround themselves with positive, uplifting people who will support their endeavors and encourage them to reach their potential, which doesn’t diminish due to their status as a teenage mother.

“It’s important to move beyond the rejection and not to take it personally,” Crump said. “A ‘no’ doesn’t mean you won’t reach your goal. Self-belief is so vital in attaining your goals. Women need to realize they still have value, that hasn’t changed because they are facing unplanned pregnancies.”

For women considering abortion, Crump has a message for them as well.

“We don’t live our lives without facing challenges,” Crump said. “Lean on your faith and on prayer. If you have an abortion, now what? How are you going to deal with new obstacles that cross you path? Use these times as learning experiences and know abortion is not the answer to eliminating all your problems. You are stronger and greater than your circumstances.”