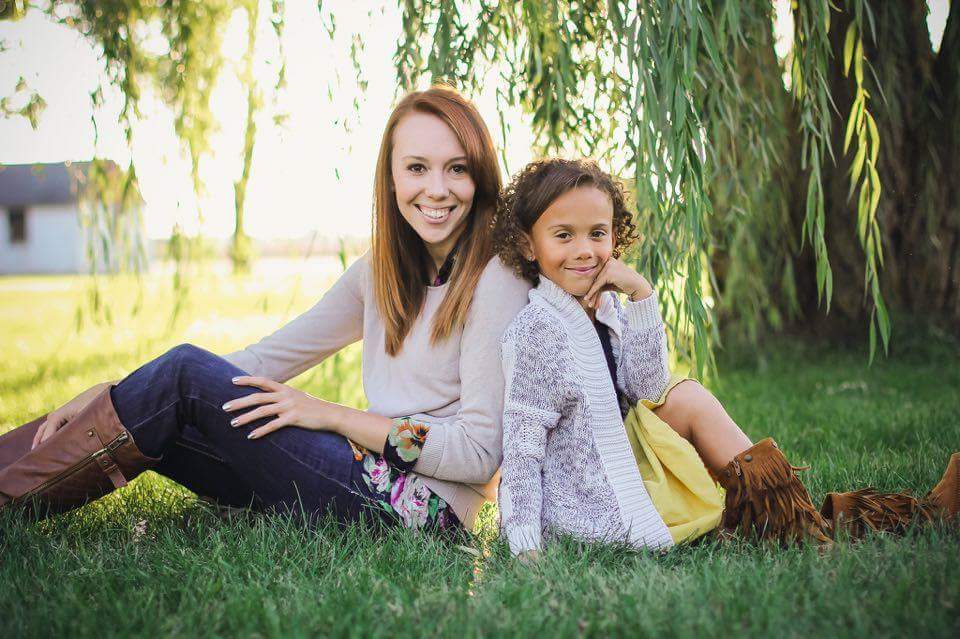 While in high school, Lauran Bunting fell for an older boy who said he respected her decision to wait to have sex. Her parents weren’t happy about her dating him, but she went against their wishes. Then one day, she found herself in a frightening situation with the boyfriend she trusted.

“We were playing basketball. We went in the garage for a quick drink, and that’s when he decided that he didn’t care,” she explained. “He wanted to have sex, and I begged and pleaded with him, but he forced me into this closet and forced me to have sex with him.”

Bunting soon she discovered she was pregnant. She told her parents about the pregnancy, but it took her a while to confide in them about the incident. When she finally did, her parents showed her compassion and love. Though her father wanted her to abort her baby at first, Bunting refused. He and his granddaughter became the best of friends after her birth.

Bunting gave birth to her daughter Isabella less than two weeks after her high school graduation, and the two have become joined at the hip. They are outspoken against abortion, even participating in a pro-life billboard campaign. Isabella turned seven this year, and the duo was asked to speak at her school in January at the Sanctity of Life Celebration. 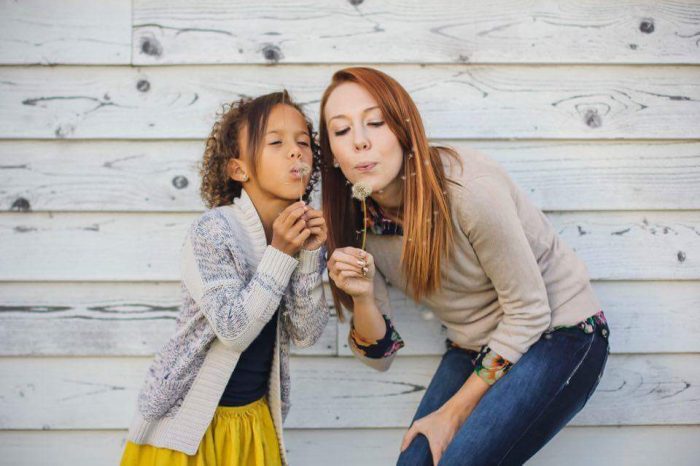 “It was such an honor to speak to the students about the value of all life,” said Lauran Bunting. “Even though our time has been limited, we still make it a priority to share our story whenever the opportunity arises with those we meet. It’s incredible to hear Isabella advocate for the life of the unborn. She often prays with great power for God’s hand of protection over His unborn children.”

Choosing life was a quick decision for Bunting. She considered adoption initially, but changed her mind when, while leaving the Miami Valley Women’s Center, she was handed a carnation with the verse from Jeremiah attached:

“‘For I know the plans I have for you,’ declares the LORD, ‘plans to prosper you and not to harm you, plans to give you hope and a future.'” Jeremiah 29:11

It was at that moment that Bunting felt the Lord speak to her, calling her to raise Isabella on her own. Making the decision not to abort her daughter and to raise her at such a young age made Bunting stronger than ever.

Ultrasound video of a preborn baby at 12 weeks.

“I think any time you put another person’s life before your own, you feel empowered,” she explained. “Though motherhood is a scary journey at times, the Lord has given me the strength to get through the hardest of times and continues to be with me through the good times. No one can explain just how much joy you will feel when you see your child walking in the way of the Lord.”

After years of being able to spend all day with her daughter while working as a nanny, Bunting recently took on a new job. The family of two is constantly on the go. Isabella is an active girl who loves music, art, and gymnastics. While Isabella says math is her favorite subject, her mother thinks that if talking were a class, that would likely be her little chatterbox’s subject of choice.

Bunting knew that it would be difficult to come forward with her story of rape and choosing life for her daughter. But she knows there are women out there who need to hear her story. They need hope, and Bunting wants to give them some. There is so much pressure for rape victims to abort their babies that they can feel as if they have no choice but to abort. Even people who consider themselves pro-life will often list babies conceived in rape as an exception to the pro-life stand.

Bunting wants to change that.

“It’s obviously heartbreaking to ever hear someone give an excuse to murder an innocent baby,” she said. “But as the mom to a child most people would give that excuse to, it makes me work harder to be their voice. My heart hurts for the woman who was raped. I feel her pain. I understand her tears and her fears. And I pray that she would see that her baby that is inside of her is no accident. They aren’t a mistake. That trying to erase that memory by killing their baby isn’t the answer to what they’ve been through, but unfortunately, is only going to add more pain. And maybe not today, or tomorrow, or even months from now. But at some point, they are going to feel that pain and realize that taking their baby’s life wasn’t the answer. That’s why I got out on a limb and put our story out there, praying that even one woman would read our story and see the beautiful miracle that is growing inside of her; that she would choose life for her child.”

Bunting also wants women who have chosen abortion to know that they are still loved; that God’s grace extends to them if they are willing to accept it.

Bunting will continue to speak out against abortion whenever and wherever she can. Isabella knows she has a father somewhere out there, but she also knows that she has a Father in God, and she knows that God is the creator of life.

“Isabella knows that we are called by God to defend the life of the unborn. She is not afraid to speak out about abortion,” said Bunting. “She has heard the word ‘rape’ used when I speak, but doesn’t actually know what it means. I feel as though she is still too young to know exactly what that is. I make sure to include her and have her be just as involved in pro-life works as I am. I love being able to do ministry with my girl.”

Isabella shows us that all life has value and that being conceived in rape doesn’t make a person’s life less valuable. Life begins in the womb, and everyone has the right to live her own life, regardless of the circumstances surrounding her creation.