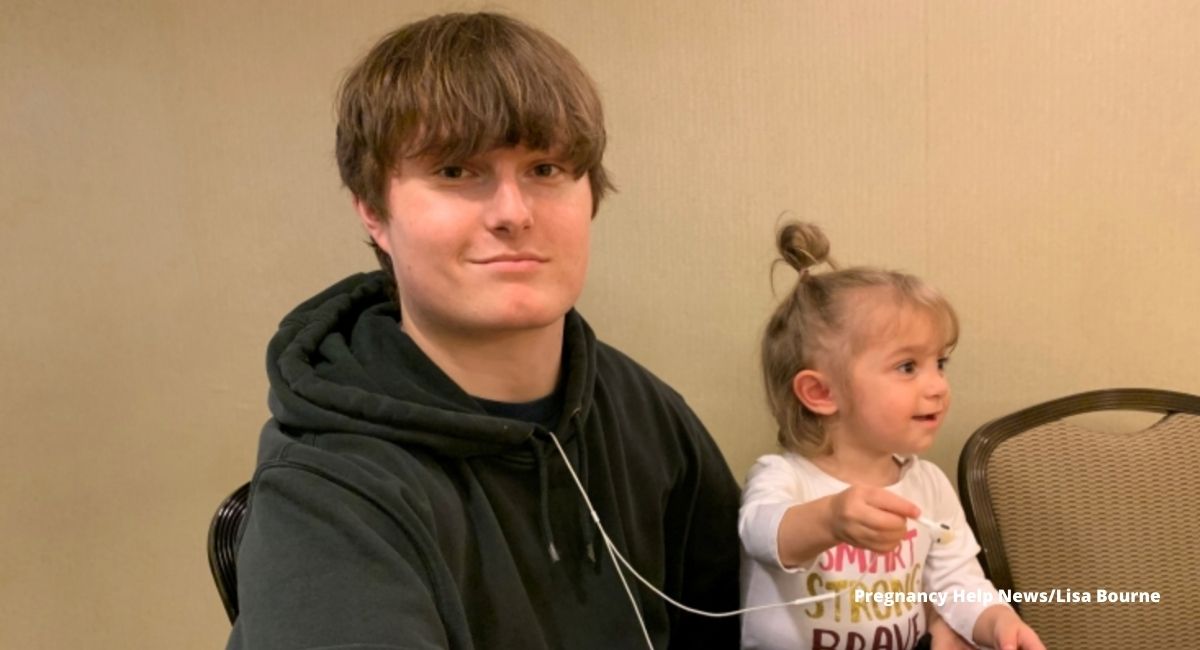 (Pregnancy Help News) — When Cole found out his girlfriend Zayda was pregnant, he really didn’t know what to think.

“We were pretty young,” Cole said.

Cole told Pregnancy Help News it was he who brought the prospect of abortion to the table because he thought that it was their only option, since he didn’t think they’d be able to raise a child at their age.

But then they found the Reliance Center.

Zayda told him it was a good idea to visit the pregnancy help medical clinic for assistance, he said, but he dug in and said no at first.

“And then by the time we got there … and then just how helpful that they were,” Cole said, “and they offered free ultrasounds and they helped us with everything.”

Seeing the ultrasound image of baby Delia Jo was the moment he fully grasped the reality of life for his unborn daughter.

Zayda was 10 weeks along, and Delia’s arms, legs, and heartbeat were evident.

The fear and apprehension of being parents clouded out the realization of the life at hand at first, Cole said, but the ultrasound was a defining moment, bringing the truth home.

“I realized that I created a human then, you know?” he said, “And I felt like keeping her.”

“I wasn’t really in that reality that I had created a child,” Cole said, “and it just felt like I could just have it all erased away if we got the abortion.”

“And then after the heartbeat, we were both firm on not getting the abortion, he said.

The voice of the father in an unplanned pregnancy situation is often absent for varied reasons. Pregnancy help organizations frequently provide fatherhood and parenting classes, an invaluable service that seeks to foster families and lives in all situations.

With the help and support of the Reliance Center Zayda gave birth to Delia, now two.

Cole recalls being in the hospital when his daughter was born, and the support provided by the Reliance Center.

“I had no idea what babies drink or eat, or diapers, at all,” he said. “And they supplied literally everything we needed.”

“We had no idea what we were doing,” Cole said, “and they guided us through all of it.”

Their relationship remains in flux as they work through being young parents.

Zayda and Delia Jo traveled with the Reliance Center and Heartbeat International for Heartbeat’s Babies Go to Congress event May 12.

Cole accompanied Zayda, Delia Jo, and the Reliance Center team to Washington D.C. to be present behind the scenes for Zayda, providing support.

He’s come a long way from the mindset of thinking abortion was the answer, thinking that raising a child at their age could not be done, and from the denial early in Zayda’s pregnancy that Delia Jo was not who she was.

“And now, she’s the best thing that’s ever happened to us,” Cole told Pregnancy Help News. “I mean, 110% I’ve matured and I’m not the same person I was at all.”

The two are committed to co-parenting no matter what.

Taking the step to seek help from the Reliance Center, to choose life, and to be his daughter’s dad is Cole’s effort to thwart brokenness for Delia Jo.

“My parents were not together when I was a kid,” he said, “and I want her to have that (both parents).”

Asked what he would say to a friend who was in his same situation, finding oneself a father at a young age, scared and unsure of what to do, Cole is quick to answer.

“I mean, it’s not the end of the world at all. You know?” he said. “If you could find someone that can help you and guide you through it, like Heather did for us.” 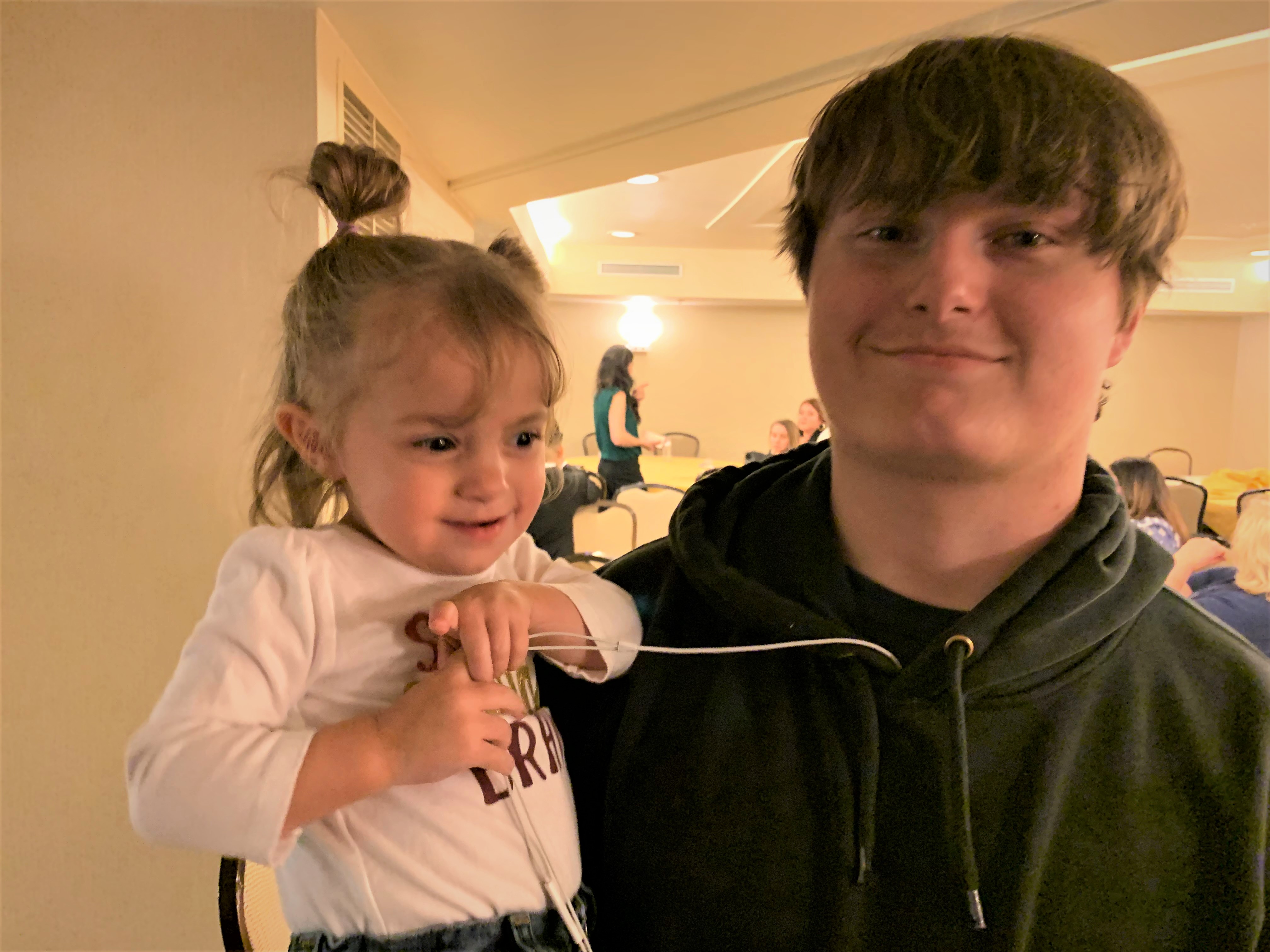 “We had no idea what we were doing and how we were gonna do it,” Cole said. “And then by the time that Heather helped us through everything, it was the best decision we ever made.”

He cautions against making a pregnancy decision feeling rushed or pressured.

And on the question of how he likes being a father?

“A hundred percent wouldn’t trade anything for it,” Cole said. “I love this kid more than anything, she is my favorite.”