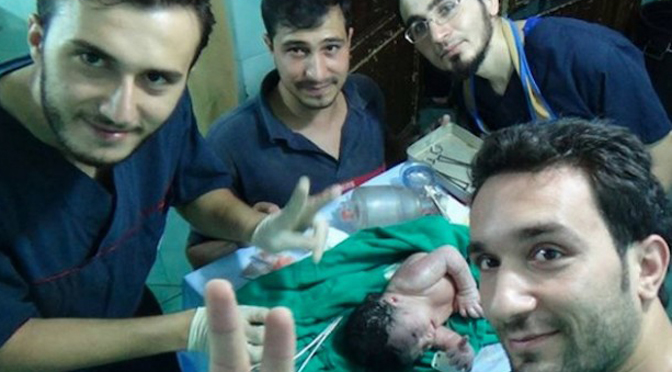 The Blaze reported recently that Syrian doctors saved a baby girl by emergency C-section after her mother had been injured during a bombing attack. When removed from the womb, doctors saw that the baby had been hit by shrapnel.

Much to the doctors’ relief, the baby girl was still alive (warning, graphic medical scene):

According to the Blaze:

Doctors extracted a piece of shrapnel lodged in the baby’s eyebrow, after which the newborn cried showing a sign of life, a moment of relief for the medical team.

Expressions of gratitude could be heard in the background, including those saying “thank God” in Arabic.

They then operated on the mother to close up her wounds.

Australia’s ABC broadcaster reported that both mom and baby are said to be in good health and recovering.

Though images of the birth were posted on Friday, it’s unclear when the incident occurred or during what week of pregnancy the baby girl was delivered.