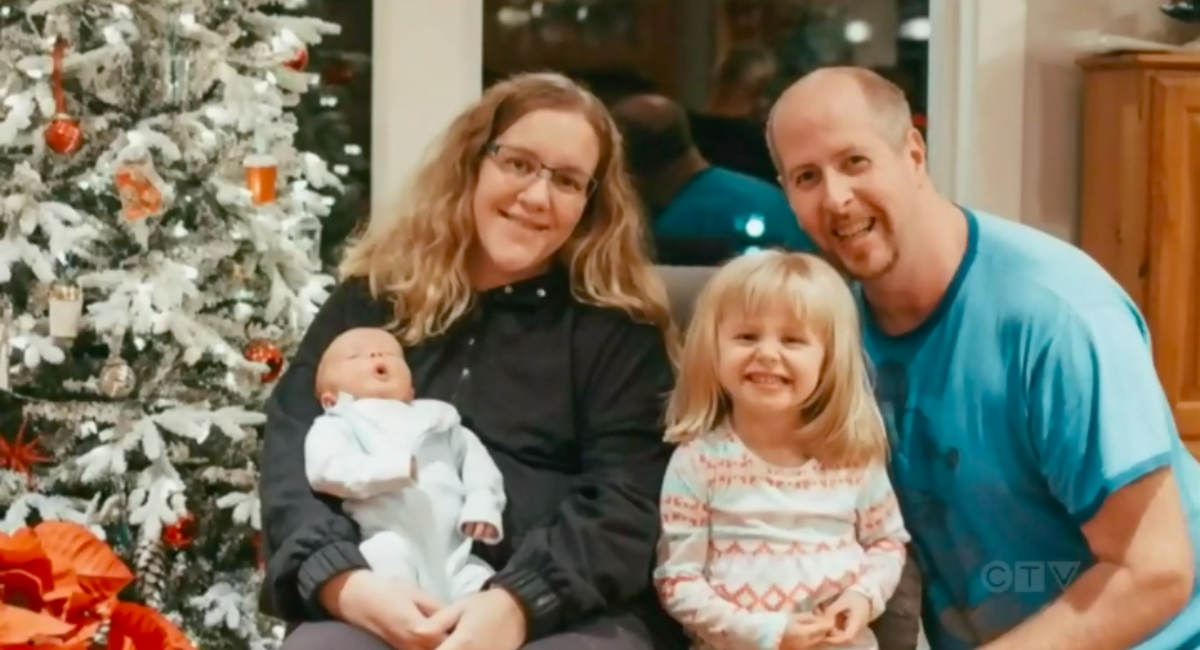 A woman in Canada met her baby weeks after delivering while in a coma due to complications from COVID-19.

In early November of 2020, Gillian McIntosh was in her third trimester, just weeks away from delivering her baby, when she started to feel sick. At first she thought the pressure and the pain she was experiencing resulted from being almost 36 weeks pregnant. But when she became nauseated and developed trouble breathing, she went to the emergency room.

Once there, she was given a COVID test and learned the doctors wanted to keep her for at least a few days. On November 6, she was diagnosed with COVID-19, and on November 10 her condition had deteriorated to the point where she required a ventilator to breathe effectively. At that point, the doctors knew they needed to act quickly to help her and her baby. McIntosh was put into a medically-induced coma, and her baby was delivered via emergency C-section the same night.

McIntosh remained in the ICU until she was well enough to be gradually eased out of her coma, in mid-December. She met her baby shortly after and was discharged from the hospital on Christmas Eve. The baby’s name — Travis Len — was not revealed to anyone until McIntosh could meet him.

In a statement published by CTV News, McIntosh said she couldn’t recall all the details from before her coma, but was overjoyed to learn the sex of her baby and to meet him for the first time. “I don’t remember full details of even leaving the ER, but then waking up four weeks later having had my son,” she said.

READ: Thanks to determined doctors, mom with COVID-19 gave birth to healthy son while in medically-induced coma

McIntosh is still recovering from her bout with COVID and has to walk with a cane or walker, and her period on a ventilator still makes her voice sound raspy. Despite having missed many of the experiences of a new mother, she is trying to make the best of her situation.

“It’s a very surreal experience to wake from a month-long coma when the last thing I remember was going to the emergency department having trouble breathing and texting my husband that they were going to keep me in for a few days,” McIntosh said. “Waking up, no longer pregnant, but to know our sweet baby boy joined the world and was healthy was such a relief and blessing.”