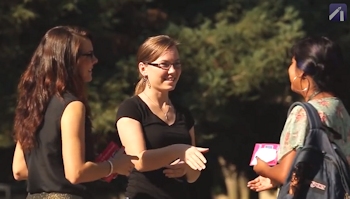 Polling data has shown that young people are becoming increasingly pro-life. Even NARAL found an intensity gap among America’s youth in favor of those who consider themselves pro-life. Nancy Keenan, former president of NARAL, found herself shocked to see how many young people were present at the March for Life one year — whereas the leaders of the abortion movement were women 50 and older, and were having trouble mobilizing young women to the pro-abortion cause.

Students for Life of America, founded by Kristan Hawkins, has been a big part of the reason why so many young Americans have found themselves drawn to the pro-life movement.

From mobilizing pro-life youth to rally in places like Austin, Texas in support of the 20-week abortion ban, to helping pregnant high school and college students find support, Students for Life of America is making a big difference in strengthening the pro-life generation.