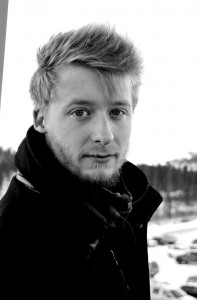 Matthew Mittelberg  was inspired by one of the greats in pro-life apologetics, Scott Klusendorf, to start speaking out against abortion. For Matthew, what began as an academic exercise — writing a paper, giving a speech — has grown into much more.  Now, at 22 years old, he works actively on Grand Canyon University’s campus in Phoenix, Arizona to promote a culture of life. 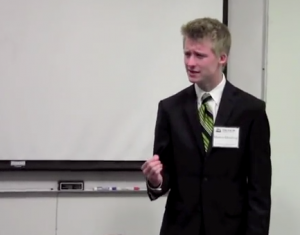 Matthew, giving his speech for the speech and debate league.

I attended Summit Ministries, where I heard a pro-life lecture from Scott Klusendorf, and then wrote a paper on it for college credit. Immediately I knew I had a passion for defending the unborn, and a responsibility to use that drive to help the pro-life cause. I wrote a speech for my speech and debate league and was blessed with becoming the national persuasive speaking champion. Since then, I’ve continued to advocate for the pro-life cause.

I’m a member of the pro-life club on campus at Grand Canyon University, where we reach out to pregnant women on campus, chalk pro-life messages on the sidewalks, and try to build a culture that values life. I’m also the president of the Christian apologetics club on campus called Defenders. Among other issues, we discuss pro-life apologetics and how to communicate our message to those who disagree with us.

In any conversation about pro-life issues, my first tool is always to communicate that there are only four major differences between an unborn baby and one who has been born: size, level of development, environment, and degree of dependency (the “SLED” acronym, popularized by Scott Klusendorf). None of these is a determining factor in deciding whether or not someone is a person. Therefore, there is no difference between killing an unborn baby and killing one who has been born – and we should protect both.

I also share the video of the speech I mentioned above. Many people don’t want to engage in a long conversation or read a lengthy book – but they will watch a 10-minute video. I’ve had many people tell me that they’ve changed their minds about abortion after watching the video, which is very rewarding.

I find that it’s easy to feel discouraged about the pro-life cause. When I do, I try to remember that any social change takes time. William Wilberforce fought for decades for the cause of the abolition of the slave trade. He never gave up, and because of that, he lived to see the day his dream was accomplished. We must never lose hope, either. 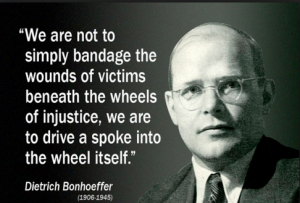 Another great quote by Dietrich Bonhoeffer.

“Silence in the face of evil is itself evil: God will not hold us guiltless. Not to speak is to speak. Not to act is to act.” — Dietrich Bonhoeffer

Bonhoeffer was a German pastor who worked against Hitler in World War II. It inspires me because Bonhoeffer realized that he couldn’t stand idly by as his country went to ruin and innocent people were being killed. I believe that we each have that same responsibility today to fight for the rights of those who can’t fight for themselves.

I would start a national media campaign to convey the pro-life message to the public, complete with endorsements by pro-life celebrities, commercials on TV, videos on YouTube, feature-length films, and more. The goal would be to change the public perspective on abortion, support pro-life legislation, and ultimately end abortion completely.

If you’re a high school- or college-age student and would like to know more about the Christian worldview in general as well as how to defend the unborn, then you need to check out Summit Ministries! They have expert speakers like Scott Klusendorf, John Stonestreet, Sean McDowell, Ryan Dobson, and more.