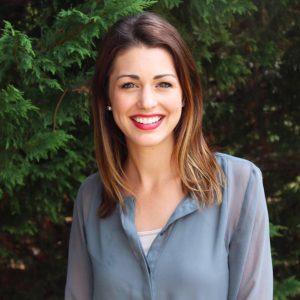 I recently had the great pleasure of talking with Missy Stone, National Field Director at Students for Life of America and one of the hosts of their popular daily news show, Pro-Life Gen News.

As a millennial woman, Stone represents the best of the modern pro-life movement. Her multi-ethnic background (her father is Cuban and her maiden name is Martinez), charming relatability and intelligent articulation of the abortion issue breaks through false stereotypes that assail pro-lifers. She is proof that pro-lifers are not what the world makes us out to be. She is one among many diverse, creative young people who are fighting to protect the preborn, women and families.

The organization she works for, Students for Life of America is led by Kristan Hawkins and currently boasts the largest amount of high school and college pro-life groups in the nation. The organization started in 2006 and since then it’s grown exponentially. Stone shared with me the encouraging news that their organization works with over 900 pro-life student groups and is planning to launch into middle schools. They are a testament to the truth that this is the most pro-life generation ever.

How do pro-life organizations reach young people in this social-media savvy generation? According to Stone, one effective way is through the power of social media. Stone shared a Pew Research Center survey with me that states a majority of U.S adults (62 percent) get their news from social media sites. According to Pew’s data, Facebook as the largest social networking site reaches 67 percent of U.S adults. Two-thirds of Facebook users get their news on the site, which amounts to 44 percent of the general U.S population. This makes Facebook a perfect platform for SFLA to share their Pro-Life Gen News episodes. As Stone told me, it’s important to give people quick, basic information so they can be educated on the abortion issue. In a busy world, the vision of Pro-Life Gen News is to make pro-life information as accessible as possible. Stone shared that some of the SFLA  groups are showing the news clips before their meetings in order to educate their groups. As Stone told me, the more educated the students are, the more vocal they can be about the issues on their campuses.

“Every day I’m talking about Planned Parenthood,” Stone told me. “We’ll keep talking about it, we’ll always talk about it.” Stone and her co-hosts do this because they know how valuable being consistent is. Planned Parenthood is a household name because mainstream media speaks about them through the lens of their narrative. Abortion activists like Lena Dunham and many pro-choice politicians tout Planned Parenthood’s talking points, claiming the nation’s largest abortion chain works for the good of humanity. Pro-Life Gen News is telling a different story. By SFLA speaking through relevant, informative videos, they are reclaiming the narrative and speaking the truth mainstream media ignores.

In a September 12th episode (“What does Star Wars have to do with abortion?”), Stone shares how Star Wars actor Mark Hamill’s son Nathan got his girlfriend pregnant and then pressured her to abort. According to the now ex-girlfriend Maegan Chen, the actor who played Luke Skywalker (the baby’s paternal grandfather) also applied heavy pressure for this baby to be aborted. In that same episode, Stone ties in cases where Planned Parenthood facilities didn’t report to authorities that some underage pregnant girls were being sexually abused by family members.

The short segment combines current news, popular culture, and political concerns. Stone shared that along with intense segments, SFLA also ties in hopeful stories to lighten people’s moods. “When you’re talking about abortion all of the time it can be sad, so you want to put encouraging stories in there,” she told me. Their segment on Olympic gold medalist Simone Biles’ adoption story is a great example of that.

Pro-Life Gen News’ strategy attracts an audience of both pro-life and pro-choice people. Stone and the other SFLA hosts Lori Cascio, Lisa Stover, Ruben Verastigui, and Brendan O’Morchoe do a wonderful job at sharing truth in a compelling way.  The production and editing from Phil Yoo, SFLA’s technology outreach coordinator, makes for a good combination of facts and creative imagery.

Check out their episodes and share them with your friends on social media.