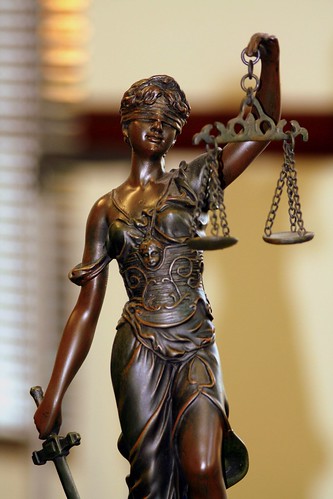 An Ohio man was convicted of attempted murder today under that state’s fetal homicide statute for trying to force his pregnant girlfriend to have a legal abortion at an abortion clinic. I blogged about his case back in April, and speculated about the opportunity fetal homicide laws present for a 14th Amendment “equal protection” challenge against legal abortion.

Dominic L. Holt-Reid, 28, was charged last October under the 1996 statute, which defines the unlawful termination of a pregnancy as murder. He pleaded guilty to the charge in April.

[W]hen Burgess changed her mind on the day the procedure was scheduled, Holt-Reid, a felon out on parole for a federal drug conviction, allegedly pulled a handgun and forced her to drive to the abortion clinic, where he accompanied her inside, the gun hidden in his waistband.

Burgess was able to pass a note, however, to clinic employees, alerting them to her plight. They called police, who arrested Holt-Reid and charged him with attempted murder, abduction and several weapons offenses.

Burgess has since given birth to the child.

This is the contradiction that is often pointed out in pro-life rhetoric, but moreover may prove fruitful for challenges to Roe or state laws protecting abortion: this man who wanted to hire a doctor to kill his unborn child in an Ohio abortion clinic has been convicted of attempted murder–but other men, on that same day, standing inside the same clinic, paid for the same doctor to kill their unborn children with the full approbation of the law. The unborn children who were legally killed inside that clinic were not afforded equal protection of the laws of the state of Ohio as the unborn–now born–child whose father has now been convicted of attempted murder.