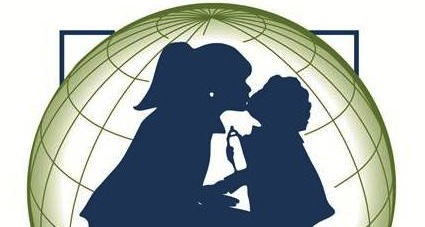 At the age of 18, Christa March found herself pregnant. Now she helps teen moms across the country and around the world.

“This is about giving girls choices who have chosen to give their children life.”

At the age of 18, Christa March – now the founder and president of Teen Mother Choices International – found herself pregnant. Though she grew up in what she calls “an incredibly supportive family,” she had an abortion.

I was downward spiraling into nowhere before my abortion, but it pushed me down the slide.  About one-and-a-half years after, I was ready to commit suicide.  I had a knife to my wrists and knew I could kill myself, and no one would know for three days … I had learned Bible verses from a very, very, very young age, but the thing that came to mind at the moment I wanted to end my life was not a verse of condemnation, but the verse that says “For I am convinced that neither death nor life, neither angels nor demons, neither the present nor the future, nor any powers, neither height nor depth, nor anything else in all creation, will be able to separate us from the love of God that is in Christ Jesus our Lord.”  Romans 8:38-39

Christa dropped the knife at that moment and knelt on the floor of her small kitchen, all alone – yet not alone. She prayed, “Jesus, I’ve done nothing but complete crap with my life. If you can do something with my life, take it; it’s Yours. Do something with my life. You have the absolute worst – it’s all I can give you.” As healing tears poured down her cheeks, Christa felt something amazing: she was the cleanest she’d ever been in her life.

Though she hadn’t called her mom in months, Christa picked up the phone and asked to come home. Soon, her dad was there to pick her up and take her back. In two months, Christa’s life changed in such an incredible way that she’s never looked back since:

I took two months marveling in the love of God who would tell me I was clean after something so horrible as my abortion.  I realized I needed to break up with the guy who I had gotten pregnant with.  We were still dating, but he was away at college and wasn’t there on the spiritual journey as I was.  And I wanted to stay there.  But the day I was going to break up with him, he flew up the driveway and said, “Christa, I know.  I know what you mean about Jesus.”  I guess I had been preaching at him, and hadn’t realized it.  We’ve been married for 29 years now and have two more children.  I think “my absolute worst” that I gave to God was the first seed planted in wanting to help moms who didn’t take the easy way out like I did.  I help teen moms in memory of my first child.

Helping teen moms has been the passion of Christa’s life for over two decades now. After serving as the executive director of Teen Mother Choices (a organization she founded in Illinois) from 1989-2006, Christa became the founder and president of Teen Mother Choices International in 2007. Her desire to do whatever it takes to help these young women is evident in the wealth of experience that spills out of her. The teen moms that Christa has personally worked with – just over 500 now – clearly bring joy, passion, and a purpose into her life. And in a way, they give her back the child she lost through abortion. Christa says:

There are a lot of women who are post-abortive who are in such a place of grief and guilt, and they don’t realize that they can use their worst mistake and do something amazing with it.  That honors their child who was aborted.  I honor my child every day by serving a mom who is struggling to take care of her child.

While pregnant with her son in 1988, Christa discovered the need for an organization centered around helping teen moms. As she walked about the shopping mall, Christa’s eyes were drawn to school-age girls who, instead of being in school, were pushing their babies around the mall in strollers. When Christa stopped at the food court to eat French fries, she was in the midst of about twenty teen moms, and she couldn’t resist asking questions. After two hours, Christa came to a realization that resonated deep within her heart: “I’ve told those girls, ‘Don’t abort your children,’ but I’ve never given a single thought to how I can help them afterwards. This was my ‘eyes being opened’ moment.”

For ten months, Christa conducted a study. She set out to interview over 70 organizations that worked with pregnant teens and found that “not one existed solely to serve teenage moms.” Christa’s discovery served to “water the seed” of her life’s passion. She decided to act upon her belief that “these babies are just as precious outside the womb as inside the womb. As are these girls themselves.”

As a Christian, Christa experienced an amazing turning point as she searched the Bible for guidance:

I consider the Bible my own life’s guide and looked to see what it said about teenage moms. God refers to Himself in Psalms as the Father of the Fatherless and Defender of the “Widow”.  I learned that “widow” stood for any woman who was dependent upon someone else to take care of her – whether her husband had died or she had children out of wedlock.  God is the same God as He was back then.  Aren’t we to be His hands and feet, taking care of these women?

With her church, Christa officially started Teen Mother Choices in 1989. The Northern Illinois group hooks teen moms who are finishing school up with a mentor who is a wife and mother. The girls also must attend weekly “life-skills workshops.” In addition, Teen Mother Choices pays up to 100% of child care for the mom’s baby so she can finish school. If she’s in college, the group pays up to 50%.

In 2007, Christa extended her vision and founded Teen Mother Choices International. The mission of TMCInternational is to “train churches and other organizations to effectively demonstrate the love of Jesus, breaking the poverty cycle one teen mother at a time.” Christa is especially passionate about working with local churches:

It’s time for people of faith to step up and start doin’ it!  Any need these mothers have can be met by someone sitting in the pews.  I’ve personally worked with just over 500 teen moms in 23 years, and not one relies on public assistance today.  In the church – there’s a mechanic, there’s a dentist.  People are using their gifts and abilities to help teenage moms.  This helps the moms as well as the people in the church to say, “Wow I can make a difference in my community!”  That what TMCInternational is about – training churches to do that.”

Christa likes to share the example of three older men who worked as CPAs – people who may normally think they have nothing to offer teen moms. They volunteered to do the girls’ taxes for them, at no charge, and met a need. One TMCInternational group had several attorneys speak about wills and guardianships. Several groups look for schoolteachers to speak on study skills. This is all in line with a main goal of TMCInternational: to “connect teens with the people they need” and to “get people with gift and talent to come in and teach a class for the girls.”

Focus: The Five Life Roles of a Teen Mother

Three or four years into working with teen moms, Christa came to a decision that has made TMCInternational into the stellar program it is today:

In order for a program to effectively teach her [the teen mom] to be a fully functioning, independent adult, we needed to teach her how to work in each of her life roles throughout her day.  The five major roles are teenager, mother, student – besides carrying a book bag she also carries a diaper bag – employee, and seeker.  She’s trying to figure out who the heck she is in the world and what she’s doing here.

The weekly life-skills workshops that the teens are required to attend teach them about their five life roles. TMCInternational develops the curriculum every summer. In fact, Christa told me that it “changes constantly, depending on what’s going on in the girls’ lives.” In addition to the weekly classes, the teen moms each have a mentor who helps them plan out goals in six-month increments and who is there for crisis intervention when needed.

TMCInternational is currently In 47 churches and pregnancy care centers and is working with a group in Canada to start church groups there. TMCInternational has also been in contact with people in Keyna, Costa Rica, Barbados, the U.K., and Mexico. Christa shares advice for anyone who wants to start a program in their own church:

We really encourage everyone to do a feasibility study – we’ve created one – to find out what services are lacking and how they can effectively serve teen moms in their community.  Some communities have a childcare problem; some have transportation issues.  Locate the missing service in your community.

I asked Christa to share the needs of TMCInternational:

On a practical level, though TMCInternational charges a training fee to train a church, that doesn’t really cover our costs.  We do need added funding through grants or individual donations. TMCInternational works on a very skeleton budget – no facilities, we work from our homes, and keep it low-budget.

Christa also shared a very specific need that TMCInternational has – one that I believe we all can rally around.

We need pro-life people to say, “We support churches and organizations that are working with teen moms,” so we can prove to the pro-choice people that we really are pro-life and we are supportive of girls moving on with their lives.  We want to inspire them.  Be supportive of Stand With Teen Moms Day.  We want to show legislators that there are people who support this and want to see teen moms be supported.

Seven hundred and fifty thousand teenage girls will get pregnant this year.  Four hundred and eighty-five thousand will choose to give birth, and less than 4% will give their baby up for adoption.  We have a problem in this country and we need to address it.  I view the pro-life movement as different facets – the anti-abortion, the adoption, the teen mom facet.  That’s what makes the pro-life movement good.  We really are what our title says.  We are about life.  We are pro-life.

It’s not about glorifying teen motherhood.  It’s honoring those women who have chosen to give their children life.  And saying that we’re going to help you do whatever it takes to be independent so you don’t need anyone – not the government, not a bad boyfriend.

TMCInternational wants to put Stand With Teen Moms Day on the national calendar. It would be the Sunday before Mother’s Day, since teen moms became moms just a bit earlier than the rest of us.

Sign the petition for Stand With Teen Moms Day, purchase their new teen devotional, and go here to get involved with Teen Mother Choices International and support teen moms who choose life for their precious babies!