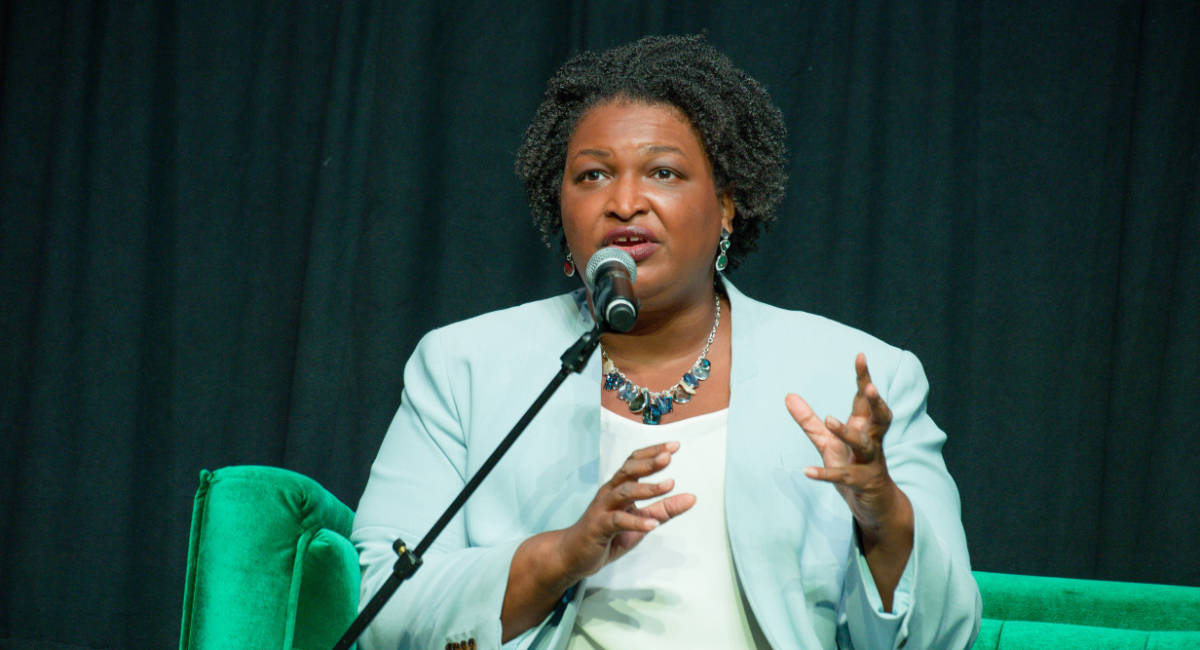 Pro-abortion politician Stacey Abrams is making headlines, this time for her claims about preborn children’s heartbeats. As Roe v. Wade has fallen, many states have implemented laws protecting preborn children from abortion after a heartbeat can be detected — but according to Abrams, there is no such thing as a prenatal heartbeat at six weeks; instead, it is something pro-life activists made up to control women. Abrams’ claims later seemed to be supported on social media by Washington Post fact-checker Glenn Kessler.

The clip, seen on Twitter, shows Abrams sitting on an auditorium stage, speaking with a panel of others. Though the context of the 12-second clip was not made clear, what is clear are Abrams’ claims. “There is no such thing as a heartbeat at six weeks,” she said. “It is a manufactured sound designed to convince people that men have the right to take control of a woman’s body.”

Georgia Democrat Stacey Abrams: "There is no such thing as a heartbeat at six weeks. It is a manufactured sound designed to convince people that men have the right to take control of a woman's body."

Contrary to popular belief — among ardent abortion supporters, anyway — preborn children do have a heartbeat at six weeks. That’s not ideological bluster; it’s a fact. It’s even easily found in scientific literature:

The human heart is one of the first organs to form and function during embryogenesis. By the end of gestational week 3, passive oxygen diffusion becomes insufficient to support metabolism of the developing embryo, and thus the fetal heart becomes vital for oxygen and nutrient distribution. The initiation of the first heart beat via the primitive heart tube begins at gestational day 22, followed by active fetal blood circulation by the end of week 4.

And according to the University of New South Wales Embryology index on the cardiovascular system and heart development in human beings, “In human embryos the heart begins to beat at about 22-23 days, with blood flow beginning in the 4th week. The heart is therefore one of the earliest differentiating and functioning organs.”

The fact that the preborn child has an actual beating heart is likewise confirmed by the American Pregnancy Association.

While backlash against Abrams’ remarks has been swift, the Washington Post’s Glenn Kessler responded to the Abrams video with his own version of alternate reality. “FWIW, ‘fetal heartbeat’ is a misnomer,” he said. “The ultrasound picks up electrical activity generated by an embryo. The so-called “heartbeat” sound you hear is created by the ultrasound. Not until 10 weeks can the opening and closing of cardiac valves be detected by a Doppler machine” (emphasis added).

Kessler may be correct that the opening and closing of cardiac valves – otherwise known as… a heartbeat, including for adults — can’t be detected by a Doppler machine until 10 weeks gestation. But that doesn’t mean the heartbeat doesn’t exist. It does, and it can be detected on transvaginal ultrasound much earlier — often in the fifth or sixth gestational week (three to four weeks after fertilization).

FWIW, "fetal heartbeat" is a misnomer. The ultrasound picks up electrical activity generated by an embryo. The so-called "heartbeat" sound you hear is created by the ultrasound. Not until 10 weeks can the opening and closing of cardiac valves be detected by a Doppler machine. … https://t.co/OODSeeFMas

Kessler then cited an NPR article, which interviewed several abortionists who denied that a preborn child’s heart is actually beating.

“At six weeks of gestation, those valves don’t exist,” Nisha Verna, an abortionist, said. “The flickering that we’re seeing on the ultrasound that early in the development of the pregnancy is actually electrical activity, and the sound that you ‘hear’ is actually manufactured by the ultrasound machine.”

Jennifer Kerns — an abortionist who also works as a professor for the Bixby Center for Global Reproductive Health at UCSF, which trains future doctors to become abortionists — also denied that a fetal heartbeat is real or functional. “What we’re really detecting is a grouping of cells that are initiating some electrical activity,” Kerns claimed. “In no way is this detecting a functional cardiovascular system or a functional heart.”

Yet, once again, this is not something backed up by actual science.

Without a functioning, working heart, a preborn child would not be able to grow. It is not meaningless electrical activity, but cardiac activity, with blood actually being pumped through the embryo’s body.

The Endowment for Human Development (EHD), a non-partisan organization dedicated to improving health science education, and which has a vow of neutrality on controversial bioethical issues like abortion, has also made it clear that the preborn heart is actually beating — including with a video of a heart beating at just four weeks gestation. While it is true that the fetal heart at this stage of pregnancy does not yet have the four chambers it will eventually have, it is still pumping blood, and the color of the heart changes as the blood is pumped through.

There’s no denying that acknowledging the reality of a beating heart — a simple sign of human life — is difficult for abortion advocates. Acknowledging this fact would mean admitting that they have been advocating for the killing of an innocent, vulnerable human lives. However, that doesn’t make it acceptable to blatantly lie in order to further a pro-abortion agenda.

Falsely claiming the embryonic heartbeat is nothing more than a “manufactured sound” is robbing women of informed consent prior to abortion and a denial of basic human biology in service of an agenda — not science.