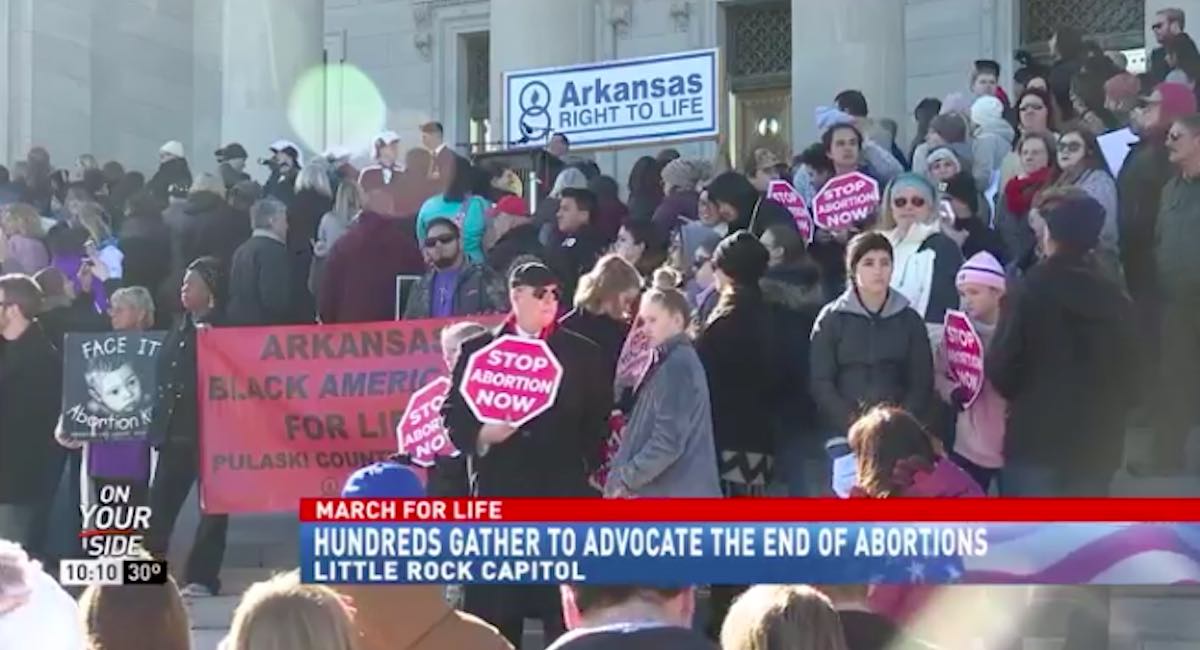 One city in northwestern Arkansas passed a city council resolution last week declaring itself a pro-life city, the first in the state. Springdale, the fourth largest city in the state, is approximately 20 minutes north of Fayetteville, the site of a recently-closed Planned Parenthood, whose lease was terminated in July.

The city council resolution was brought by local businessman and council member Colby Fulfer on August 5th and adopted as a non-binding resolution via a 6-1 vote. It states, in part:

The General assembly of the state of Arkansas has repeatedly affirmed its commitment to life, evidence by legislation is passed over time […] The city of Springdale affirms its commitment to life, evidenced by his dedication to educate every child, provide economic opportunity for personal gain, welcoming of non-profit entities that provide care and assistance towards the well-being of everyone.

Springdale’s initiative comes as a growing number of cities around the country — especially in municipalities with strong pro-life majorities — are looking for ways to build a culture of life at the grassroots level, including initiatives like sanctuary cities for the preborn. Internationally as well, cities like Verona in Italy have also passed pro-life declarations.

While some at the meeting protested the passage of the pro-life resolution, constituents by overwhelming majorities told Fulfer that they support the measure. “What’s really pointed out in this resolution is that through hundreds of thousands of dollars we spend to support every stage in life,” he said according to Democrat Gazette.

“It’s not just anti-abortion, it’s promoting the value of human life and wanting to bring everyone together. It’s not meant to be divisive in anyway, it’s just meant to bring out the truth of every human person,” said attendee Sheila Pursell according to 5 news.

“I think the author of the resolution clearly stated that his hope was that it would help let planned parenthood know that we wish they would look elsewhere,” said Springdale Mayor Doug Sprouse, who said that although the resolution was non-binding and wouldn’t change anything, he wanted to support city council’s decision in making this statement.

“It’s who we are,” said Keith Underhill, who urged the council to vote for the resolution.