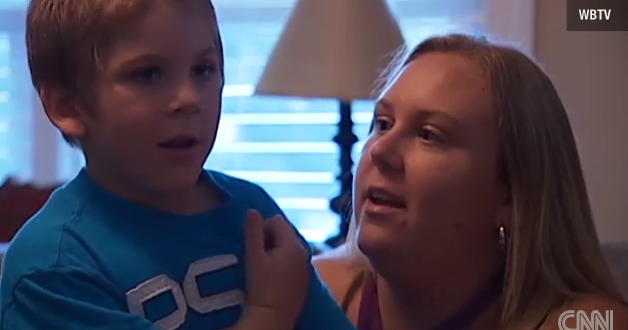 Earlier this week, CNN reported that an anonymous customer at the Stag & Doe restaurant in China Grove, North Carolina, paid the bill of a family who was out to eat with their son, Riley England, who has special needs. The England family also brought younger son, Logan, and a grandparent and great-grandparent to dinner that night. During dinner, the family experienced the challenging but typical behavior that Riley, who is non-verbal and suffers from epilepsy, exhibits. Riley was frustrated and hungry, and as a result he was acting out. Being non-verbal, his frustration often leads to screaming and fits.

Although a few customers were looking, it wasn’t the worst experience her family has had out in public since Riley’s condition was diagnosed when he was a toddler, England said. But she was frustrated, she said, and in the past few weeks it has been really tough controlling Riley’s behavior.

Too often, stories like this one end up chronicling the nasty looks and comments that families of children with special needs endure when they are in public trying to do normal things. However, the Englands’ story has a happy ending: during dinner, a teary-eyed waitress informed the England family that a customer had paid their bill, and she handed them a note he had written for them. The note read, “God only gives special children to special people.”

England told CNN the gesture was really needed and it made her cry. “I just broke down, the past month has just been so hard.”

She added, “He just doesn’t know what we’ve been going through and how much it was needed at the moment.”

According to CNN, Ashley England and her grateful family hope to be able to find and thank the anonymous man next time the family visits the Doe & Stag.