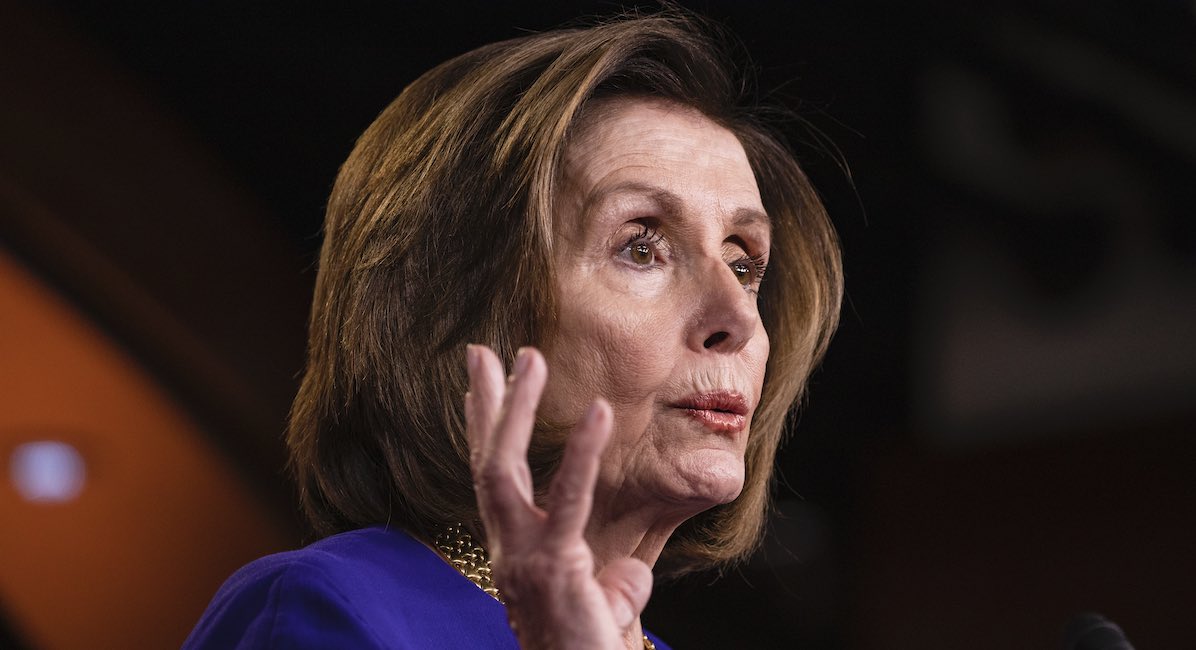 News on coronavirus continues to rage around the United States, and legislators understandably want to take action. Yet according to the White House, Rep. Nancy Pelosi (D-Calif.), current Speaker of the House of Representatives, has chosen to use the occasion to push a pro-abortion agenda.

The Daily Caller reports that Pelosi tried to introduce abortion funding as an amendment into the coronavirus stimulus package. One of the provisions she was allegedly pushing for was “a mandate for up to $1 billion to reimburse laboratory claims,” without any of the protections of the Hyde Amendment, which bans federal taxpayer funding of abortion.

“A new mandatory funding stream that does not have Hyde protections would be unprecedented,” one White House official told the Daily Caller. “Under the guise of protecting people, Speaker Pelosi is working to make sure taxpayer dollars are spent covering abortion — which is not only backwards, but goes against historical norms.” Another White House official called it, essentially, a “slush fund,” while a third questioned “what the Hyde Amendment and abortion have to do with protecting Americans from coronavirus.”

Politico seemed to confirm the allegations, reporting that Pelosi and Treasury Secretary Steven Mnuchin “resolved issues over federal funding of abortion in a separate bill that will also hit the floor.”

House Minority Whip Steve Scalise also seemed to allude to the story. “Pelosi wasted the whole week behind closed doors drafting a partisan bill full of liberal fantasies that have nothing to do w/ Coronavirus,” he tweeted. “Republicans are ready to work [with] Dems on SERIOUS solutions. Now is not the time for politics. Pelosi needs to stop the games & work [with] us.”

Live Action founder and president Lila Rose responded to the rumored Pelosi scheme, tweeting, “It’s despicable that at a time of national crisis, Pelosi is attempting to trick Americans into paying for the deaths of babies.”

Getting reports that @SpeakerPelosi is trying to slip abortions funds into the proposed emergency stimulus package.

It’s despicable that at a time of national crisis, Pelosi is attempting to trick Americans into paying for the deaths of babies. #CoronavirusPandemic

Abortion advocates have spent years trying to overturn the Hyde Amendment. (Individual state legislatures are free to fund abortion, however.) The Democratic Party even added the repeal of Hyde to its official party platform in 2016. Yet taxpayer funding of abortion is something the overwhelming majority of Americans oppose, as polling from both Marist and Quinnipiac has shown.

Pushing taxpayer funding of abortion is wrong in general, considering Americans don’t want their money funding abortion. It’s perhaps for that very reason that Pelosi tried to sneak in funding during a time of crisis, which is an underhanded attempt to forward the goals of the pro-abortion lobby, potentially at the expense of the American people.