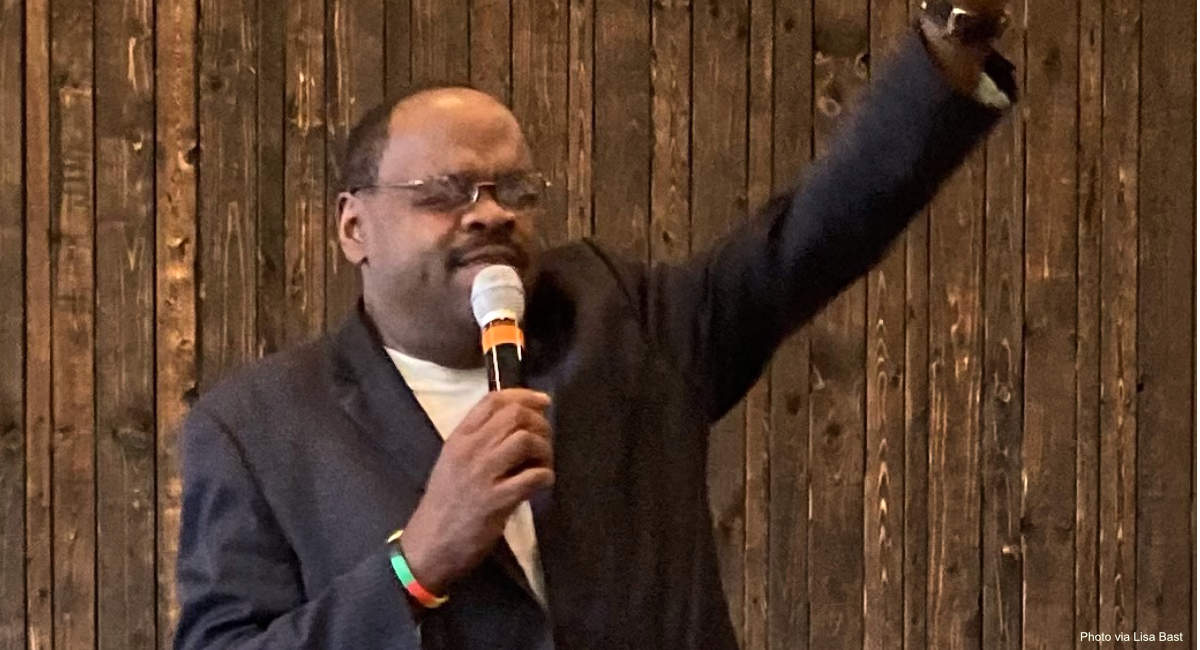 It seems Pastor Walter Moss was destined to be a pro-life crusader. Born to an unwed mother who never considered abortion but instead attended prayer meetings while pregnant with him, Pastor Walt felt a calling on his life at a young age. While attending Ohio University on a football scholarship with hopes to be recruited to the NFL, he set aside his pro-football dreams and submitted his will to God, eventually earning a master’s degree in Theology from Jacksonville Theological Seminary.

“I always had an affinity for unwed mothers,” he explained to Live Action News. “So, I knew I wanted to be involved somehow in the pro-life movement, but I didn’t know how or in what way.”

Serving as a young pastor at Canton Foursquare Church in Ohio, he was involved with the Stark County prison ministry and completed short-term mission trips to Kenya, Niger, Togo and the Caribbean. He also traveled back and forth to Cuba 35 times to help launch and lead two Bible schools there, leaving him with little time for much else. But he couldn’t ignore the constant pull he felt toward pro-life advocacy.

“God had always placed it on my heart to speak out more strongly about the impact of abortions on the Black population,” he recalled. “But it really hit home when my unmarried daughter became pregnant.”

An alternative to Planned Parenthood

The horrifying statistics of the abortion industry relating to the Black population stunned him. Since the Roe v. Wade decision in 1973, he learned that by 2010, more than 14.5 million pre-born Black babies had been killed. Further, Black babies in the womb were 4.8 times more likely to be aborted than Caucasian babies. It’s no coincidence, he realized, that Planned Parenthood clinics were strategically located close to minority populated cities and neighborhoods.

One of his proudest achievements was helping to establish the Pregnancy Support Center in Stark County in the early 1980s where he served on the Founding and Advisory board. The idea for the clinic took root when he learned about a young, pregnant college student who had nowhere to turn for support. “A group of us met to discuss how we could help single women in our community who were pregnant and desperate. That’s when the idea for the Pregnancy Support Center of Stark County and Northeastern Ohio was conceived,” he told Live Action News. “I was honored to be a part of this wonderful organization. It was a much-needed alternative to Planned Parenthood facilities.”

Reaching the Black community with the pro-life message

For Pastor Moss, his pro-life work took many paths. While serving as a chaplain for 40 Days for Life, he was asked by Catholic clergymen why there wasn’t more Black representation in the pro-life movement. His research led him to the National Black Pro-Life Coalition, and he quickly signed up for a March for Life event held in Oakland and San Francisco where more than 70,000 people rallied for life.

He began traveling across the country speaking at multi-cultural churches and urging more Black congregations to participate in pro-life events. His efforts led him to pastors at churches in California, North Carolina, and Alabama, helping to transport busloads of their members to March for Life events.

Juggling a hectic schedule is challenging for anyone, but luckily, his wife Darleen, to whom he’s been married for 35 years supports and complements his activism, often traveling with him. He recently spoke at a pro-life gathering in Alton, Illinois, as a member of the National Black Pro-Life Coalition and was dismayed to find only eight people of color in attendance.

“I will never stop inviting people of color to attend pro-life events,” he said. “Persistence is the key to attract and activate the Black and Hispanic communities. For as long as I can, I will continue to expose the horrors of the abortion industry.”

While Pastor Moss sees inroads that can be made through education, legislation, advocacy, and pro-life activism, he believes the pro-life movement needs to attract more young people of color. The Black Pro-Life Coalition has partnered with other organizations and with prominent Black women like Star Parker and Alveda King to help reach the Black community with the pro-life message — but, he says, more needs to be done to help women in the Black community to understand the harsh reality of abortion and its devastating consequences.

“The abortion industry is very adept at its messaging to women of color who often grew up believing the myth that a fetus is just a clump of cells or another form of birth control,” Pastor Moss told Live Action News. “Worse, they are taught unwanted babies are the ‘enemy of women.’ Many of these women’s beliefs were passed to them by their mothers or grandmothers who didn’t know differently. They are unaware of the drastic reduction in the Black population from abortions. So, they go on to terminate their pregnancies, thinking it’s the best solution because that’s what they’ve been told. This has to change, and it will take more pro-life advocates in the Black community to speak the truth and help break the cycle of cultural influence and generational misinformation.”

Hoping to educate and inspire others to get involved, he published a booklet, “Why I am a Black Pro-Life Pastor,” which outlines his involvement in the black pro-life movement and includes helpful statistics and detailed information about the abortion industry and its impact on the black population. He distributes his book as a “personal touch” to those he meets at pro-life events. (For a free copy of his booklet, contact him at Walt11111@aol.com.)

The importance of grassroots pro-life activism

“It’s important to remember that activism starts at the local level,” he says. “In order to combat legislation that allows tax-payer funded abortions, we must first elect pro-life city and state representatives.” Indeed, it was Pastor Moss who invited the members of Red Rose Rescue to Northeast Ohio while attending a pro-life event in St. Charles, Missouri. One of the group’s members made the grisly discovery of aborted baby parts in a trash dumpster at an abortion clinic in Cuyahoga Falls, Ohio, earlier this summer.

Pastor Moss has accomplished much in 48 years in the pro-life fight, but he feels he has more to do, always living by the mantra, “Speak up, speak out and be visible.”