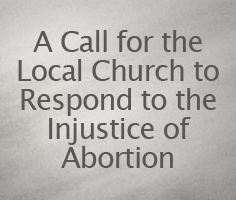 Kentucky’s sole abortion clinic is known as one of the worst places in the country to get an abortion.  It’s not because women are routinely being seriously wounded, as they were in Gosnell’s “House of Horrors,” or because baby body parts are washing up through the sewers outside the clinic, as they did near Douglas Karpan’s office.    It’s not because, as in so many clinics, the surgical equipment is stained with blood or the medical personnel is unlicensed and untrained.  It’s not even because, as one of one of Live Action’s own undercover investigations revealed, clinic workers will assist in covering up the reported sexual abuse of a minor, nor because of any danger posed to women.  No, EMW Women’s Surgical Center has received the title of one of the “worst places to get an abortion” because there are just too many pro-life sidewalk counselors there.

While things have calmed down considerably since the broadcast linked above, it’s a title that can be worn proudly by pro-life advocates, and it’s also thanks, in large part, to a ministry called “Speak for the Unborn,” begun by a local church.  In January of 2009 Ryan Fullerton, senior pastor at Immanuel Baptist, preached a powerful pro-life message challenging his congregation to translate their convictions into actions.  One married couple in particular, Dave and Stacey Hare, felt that the weight of this challenge lay heavy on their hearts.  Stacey already volunteered at the local crisis pregnancy center, A Woman’s Choice, but both knew they needed to do more.  They began going out on Saturday mornings – the clinic’s biggest day for surgical abortions – and engaging young women as they entered the clinic, pleading with them to rethink their decision and offering whatever assistance was needed for both the mom her unborn child.

A short time later, they were joined by Andrew King, the current leader of the ministry, and worked with the pastors to transition their small band of sidewalk counselors into a full-fledged pro-life ministry.  They began compiling and developing educational materials on how to reach women in crisis pregnancy situations, and then opened the group up with an offer to train new sidewalk counselors.

Within a span of just a few years, the group grew from just three passionate individuals to over 30 members, and broadened beyond Immanuel Baptist when Speak for the Unborn was given an opportunity to enter other Louisville churches and to train their congregations as well.  Today, each of the three involved churches counsels on a different day of the week, and King is prayerful that enough churches will eventually join to have one church cover each day of the clinic’s business week so that true help is always available to these mothers.  The organization is currently in the process of becoming incorporated as a non-profit ministry, with the goal of being able to further increase the help offered to mothers and their children.

Speak for the Unborn is also somewhat unique in its approach, as the group calls upon local churches to answer the call to stand for life, and provide a Christ-centered community that can welcome and come alongside the mothers they reach.  Rather than existing as a para-church ministry, the group hopes to see churches near every abortion clinic begin reaching out to women in crisis.  Hence, in addition to training their own members, the group also is committed to assisting other churches in setting up their own similar ministries, and in training leaders all over the nation.

Sidewalk counselors are taught how to graciously speak with the women, and are also provided with an educational pamphlet showing fetal development, a card with the contact information for A Woman’s Choice, and an invitation to be welcomed into the church family at Immanuel Baptist.  For the members of Speak for the Unborn, loving the mother is just as much a priority as loving the baby.

As may be expected, however, the pro-life presence is not looked upon favorably by abortion advocates, and a group known as “Every Saturday Morning” maintains a consistent presence at the clinic as well, with volunteer members acting as escorts to shield the women from any contact with sidewalk counselors.  At times, the group has gone so far as to step on the feet of counselors or to kick at them, and has also called the police on more than one occasion, despite the fact that the clinic has no buffer zone due to is location, and the presence of the counselors is clearly legal.  In one instance, a lawsuit was even filed against one of the counselors.

Yet for the members of Speak for the Unborn, the benefit far outweighs the cost, not simply in terms of the lives saved and women reached, but of speaking the truth and standing for life.  They are a powerful testament to what can be done when there is willingness to answer the call, “What are you going to do?”