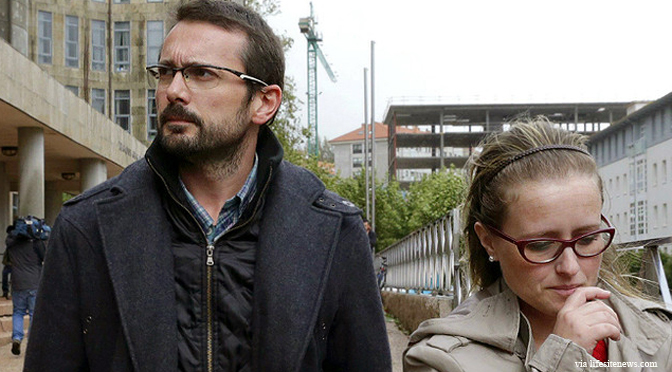 It’s no surprise that people with disabilities are seen as expendable in western society. From horrific abortion rates to state sanctioned murder, people try to deprive them of their basic human dignity. The latest horrifying example comes out of Spain, where parents chose to starve their disabled daughter to death, claiming that they needed to end her “suffering.”

“What I want for my daughter is for her to close her eyes and be able to say goodbye to her,” Andrea’s mother, Estela Ordoñez, said before her death. “We want a dignified death for our daughter.”

Two weeks ago, Andrea’s health deteriorated and Andrea’s parents asked the hospital to remove her feeding tube. Her parents battled with the pediatrics unit of a hospital where Andrea was receiving care in an attempt to deprive her of food and water, thus ending her life….

Her parents said that her death would be easier than her life had been. Over the objection of the hospital’s health chief, who was fired for refusing to support the parents’ request to kill their daughter, Andrea’s feeding tube was withdrawn on a Monday. She died the following Friday, deprived of food and water for five days.

Does slowly dying of hunger and thirst for five days sound like an “easy” death? The heartbreaking reality is that it’s not. Dying of dehydration is a slow, painful way to die. The average person will “lose about a quart of water each day by sweating and breathing and another one to three quarts by urinating,” but it can even be more than that. As the body continues to dehydrate, “cells throughout the body will begin to shrink”:

… Victims’ kidneys may shut down first, Berns said, as they continue to lack access to both water and salt….Without water, blood volume will decline and all the organs will start to fail, he said. Kidney failure will soon lead to disastrous consequences and ultimately death….

Dying of starvation is an equally awful way to die, as the “mouth would dry out and become caked or coated with thick material” and lips and tongue may crack. It gets worse:

. . . eyes would recede back into their orbits and cheeks would become hollow . . . lining of the nose might crack and cause the nose to bleed . . . skin would hang loose on his body and become dry and scaly . . . urine would become highly concentrated; leading to burning of the bladder . . . lining of his stomach would dry out, causing convulsions . . . respiratory tract would dry out into thick secretions that would result in plugging his lungs . . . at some point within 5 days 103 weeks his major organs, including lungs, heart, and brain would give out and he would die . . . extremely painful and uncomfortable . . . cruel and violent.

The reality of Andrea’s condition is that she was not terminally ill. She was able to breathe on her own and her organs were able to function. She could not speak, but she could still communicate “using hand gestures,” according to her parents. Did her parents bother consulting with their daughter to ask her if she felt like dying a slow, agonizing, painful death first? It seems unlikely. But they were able to go to court to force the hospital to bend to their will and slowly kill their daughter. How can someone claim to want to end a person’s suffering by causing her to suffer immensely?

Dogs are killed more humanely than this girl was. But then, if her parents shot her in the head — a faster, much less painful death — they wouldn’t be able to pretend that they didn’t just murder their daughter. But in today’s anti-life culture, where inconvenient people can be killed at leisure, this is simply business as usual.

We kill people after we dehumanize them, whether it’s a preborn baby or a child with a severe disability.