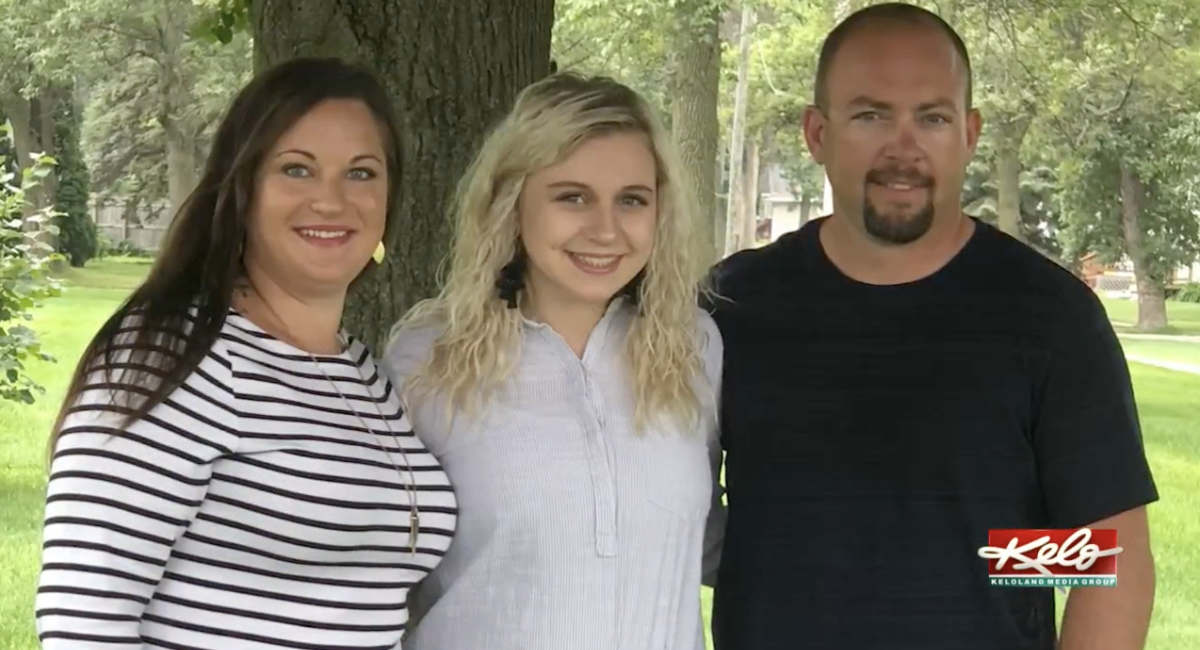 When South Dakota couple Blake and Rachel Schmieg welcomed 18-year-old Sadie as a foster child, it didn’t take long before they knew they wanted to adopt her so that the young woman would always have a place she could call home. When they hit an unexpected roadblock that said their hopes for adult adoption weren’t legal, they didn’t let it stand in their way. Instead, the family advocated for change and got the law rewritten.

In an interview with Keloland, the couple explains how they got the call that Sadie, a senior in high school, needed someplace to live. Although the family had previously only fostered young children, they agreed to take Sadie in. “Initially when she came it was, she just needs somewhere until she can graduate high school,” said Rachel.

While Sadie’s visit was meant to be temporary, she fit right in with the family. She also began to wonder what her future would look like after she had aged out of the foster system. “I had had the talk with my mom, and I was like, I don’t really know what I’m going to do. I don’t know where to go, I don’t know who I’m going to stay with. These are all my cards and I don’t know what to do with them,” said Sadie.

Blake and Rachel talked things over and decided that they wanted to be that future support for Sadie.

Sadie was overjoyed at their offer, and the family proceeded to start the adoption process, only to hit an unexpected roadblock: in order for an adult adoption to take place in South Dakota, the adoptee must have lived with the family for at least six months prior to their 18th birthday. Since Sadie was already 18 when she arrived at the Schmiegs, she didn’t qualify. Instead of letting that stop them, the family decided to petition for change.

“It was super empowering when my dad said, ‘If this is our only roadblock, why don’t we just do something about it.’… Then we went on the process and went down the road of changing the law,” Sadie said.

After working with lawmakers in 2019, the family got the law revised to extend the age limit from 18 to 21. This allowed Sadie to join the family and it remains their hope that other older children will be able to find forever families in this way, too.

Rachel told Sadie that even though they missed out on so much of her early life, now that they were a family they would always be there for her. “We didn’t get to see your first steps or your smile, but we’re not going to miss a second of your life from this moment on,” she said.