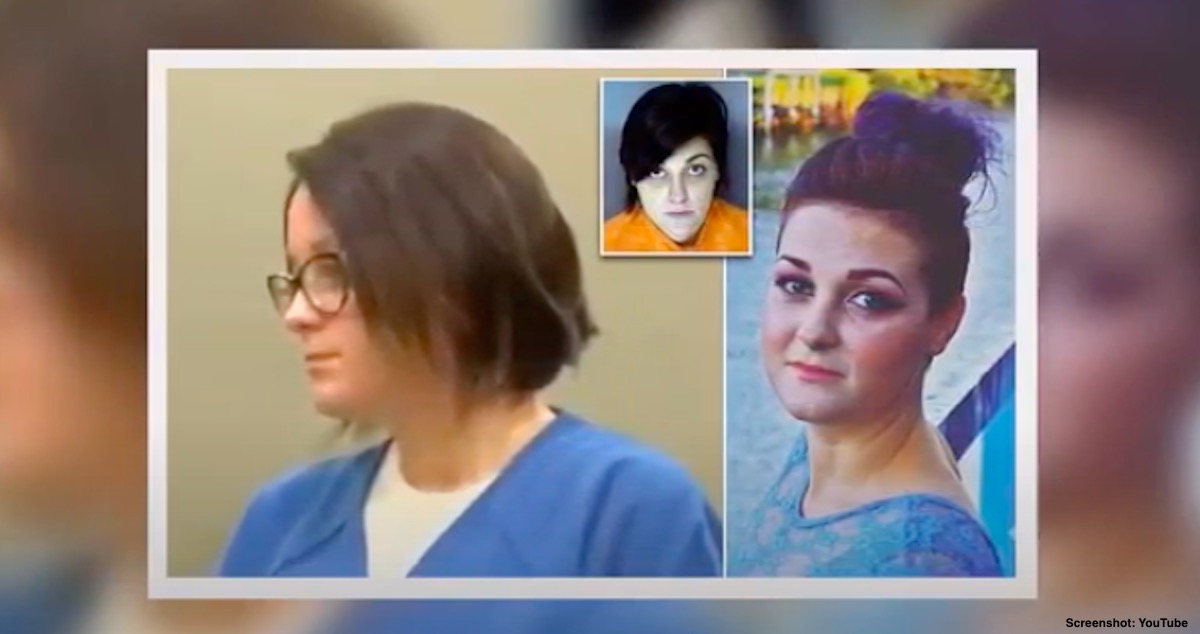 A South Carolina mother charged for the deaths of her two newborns has been sentenced to 40 years in prison with no parole. Alyssa Dayvault was convicted of homicide by child abuse after she threw her two infants in the trash moments after they were born. Investigators determined that both children, who were born 13 months apart, were alive and breathing after birth.

Dayvault, a former YouTube vlogger and makeup artist from North Myrtle Beach, hid both her 2017 and 2018 pregnancies from everyone including her boyfriend. Investigators only discovered the births after she checked into a hospital due to life-threatening complications following the second birth in December 2018.

She at first denied having been pregnant, but doctors discovered that she had an undelivered placenta with an attached umbilical cord. After further investigation, Dayvault eventually admitted to giving birth to both a baby girl in November 2017 and a boy in December 2018.

After each delivery, Dayvault placed the newborns in the trash to die, with the baby girl taking “multiple gasping breaths” after birth. Dayvault also has two living school-aged daughters.

Chris Matechen, Dayvault’s boyfriend at the time, was reportedly stunned to discover the deaths of the children he believes were his. “For two years, I’ve been living with this burden, no type of closure — or anything like that. She’s been able to walk the streets for the last eight months — a free woman. Hopefully with this it will be a little easier for me and my family to get through this. It is by far and away the hardest thing we’ve ever had to deal with. Justice coming to her makes it a little easier to comprehend,” he said after her conviction on October 15.

Matechen had previously spoken of the difficulty knowing that his children were dead, telling WMBF News, “The hardest part is thinking about that baby girl that no one knew of… I go over every day and I drop a flower right in front of the dumpster.”

Sadly, Dayvault’s children could have been saved had she taken advantage of the state’s Safe Haven law. Under this law, any woman who feels she can’t care for her infant can surrender it with no questions asked for the first 60 days after birth. In South Carolina, designated safe haven facilities include fire stations, police stations, hospitals, hospital outpatient facilities, emergency medical service stations, and staffed places of worship.