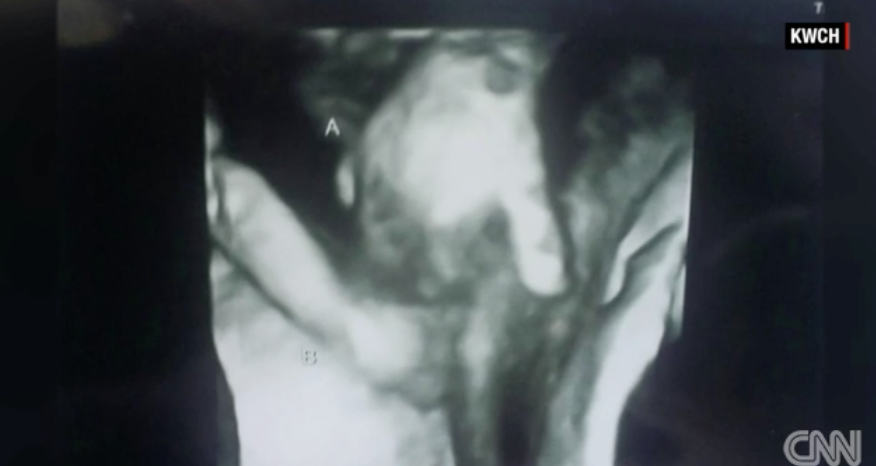 From CNN comes a story about a brother and sister holding hands – but it’s where it happened that will truly tug on heartstrings.

As a CNN video and KWCH-TV, a local Kansas affiliate, reported, Ian and Brittani Hutchinson were surprised to learn that they were pregnant again after they already had two girls, but that Brittani was carrying twins.

Unfortunately, doctors appointments brought on bad news. The baby boy, Mason, has a hole in heart, which doctors would not fix since he also has a problem with his brain. While his twin sister, Madilyn, is over two pounds, Mason is only nine ounces.

As the diagnoses got worse, the Hutchinson family began to prepare themselves to never meet Mason alive out of the womb. But at Brittani’s ultrasound on Tuesday, something inspiring happened.

Mason was holding onto Madilyn’s finger with his hand. Because of their size difference, the viewer can clearly see whose hand is whose.

Brittani was comforted by the sonogram, saying of babies Madilyn and Mason, “She’s the only one who can actually be there and holding onto him through it, so it’s comforting to know that if he does pass he won’t be alone.”