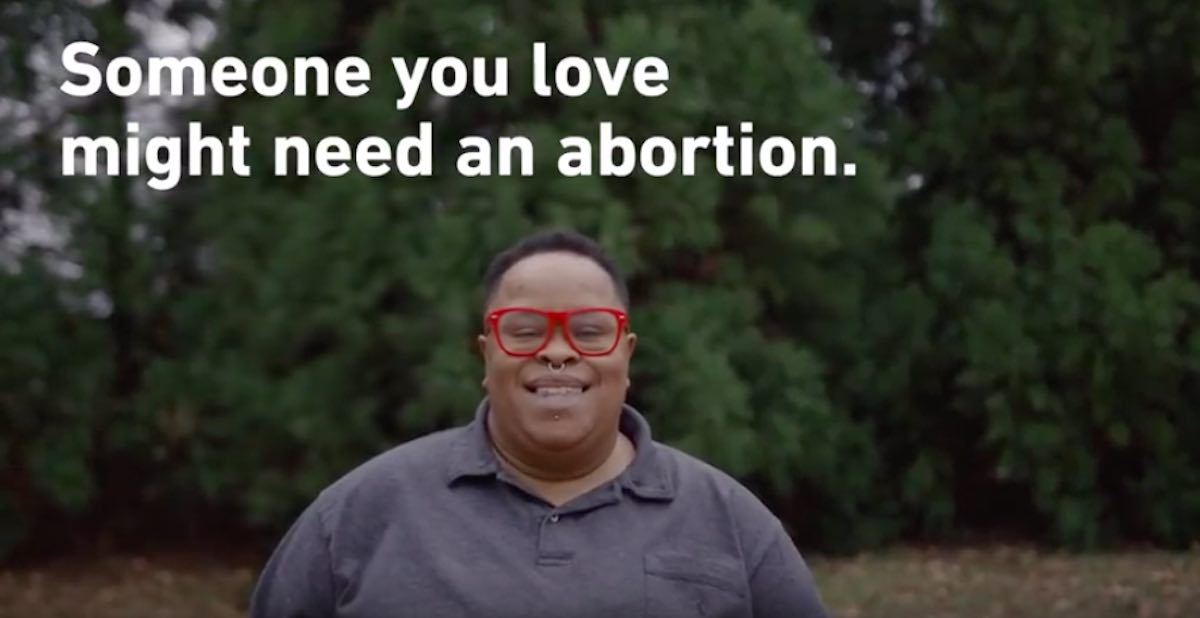 The pro-abortion organization Ultraviolet is rolling out a six figure “Someone You Love Had an Abortion” campaign to normalize abortion and push the misleading narrative that one in four women will obtain an abortion in their lifetimes. A release from the group claims the campaign was drafted to reach “progressive younger voters and moderate swing voters on Facebook/Instagram and YouTube.” Shaunna Thomas, co-founder and executive director of Ultraviolet, claimed in a statement, “Given that one in four cisgender women will have an abortion by the age of 45, it is time that our communities come together and love people who had abortions – because frankly, we all know someone who had an abortion.”

But the premise of the campaign, that one in four women will obtain an abortion in their lifetime, is flawed and extremely deceptive. 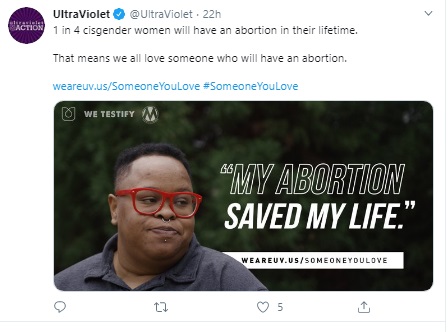 In a report published by CNS News, Dr. Michael New, an Assistant Professor of Political Science and Social Research at The Catholic University of America and Associate Scholar at the Charlotte Lozier Institute explained the flaws in the 1 in 4 claim:

“The most widely reported statistic… is that one in four women will have an abortion at some point in her lifetime. The authors rigorously analyze first-time abortion data from various age groups to calculate that figure. Previously, many media outlets reported that one in three women will have an abortion. However, the “one in three” statistic appeared to be calculated by dividing the total number of abortions performed since 1973 over the current number of women of childbearing age. Repeat abortions and population fluctuations were not carefully considered. That said, the new “1 in 4” statistic should still be viewed with some skepticism. Abortion rates in the United States have been steadily declining since 1980. If trends continue, women who are coming of age today will be even less likely than their predecessors to experience an abortion.”

Guttmacher’s analysis on the characteristics of those who have abortions (2014) notes that:

It is indeed tragic that, instead of receiving help they may need, groups like these are celebrating the right for women to kill their children, even when the abortion industry itself claims the reasons women seek abortion are mostly financial.

According to Planned Parenthood’s former “special affiliate,” the Guttmacher Institute, “Most abortion patients say that they cannot afford a child or another child, and most say that having a baby would interfere with their work, school or ability to care for their other children. Most women also cite concern for or responsibility to other individuals as a factor in their decision to have an abortion.” The graph below, published in an abortion training video put out by Innovating Education, shows reasons women obtained later abortions.

WATCH: Woman tells of regret after having five abortions: ‘You never get over it’

The pro-life community consistently offers both financial and other resources for women experiencing unplanned pregnancies. According to an analysis published by the Charlotte Lozier Institute, in 2017, an an estimated 67,400 pro-life pregnancy center volunteers (of which 7,500 are estimated to be medical professionals) volunteered their time inside 2,600 pro-life pregnancy centers across the nation. These PRCs provided nearly 2,000,000 people in the United States with a variety of free services, some even including obstetrical medical care and nursing, ultrasonography, labor coaching, lactation consulting, midwife services, health education, nutrition consulting, childbirth classes, prenatal care referrals, and STI/STD testing and treatment.

These centers routinely offer tangible items needed by both the mother and the baby such as maternity clothing diapers and in some cases, even housing. In addition, they also offered referrals to community or agency programs which serve a variety of women’s needs, whether pregnant or not.

In response to the Someone You Love campaign, Live Action founder and president, Lila Rose, said:

This cynical campaign is promoting violence and injustice in the name of compassion.

It’s not love to tell women that ending the life of their child is ‘care’ or empowerment. It’s not love to kill a child and pretend that child’s death doesn’t spiritually, psychologically and sometimes physically wound her mother, as well as harm her father and family.

The pro-life movement truly loves post-abortive women and focuses on healing for families wounded by abortion. In fact, many in our movement have had abortions in the past, have come to realize that abortion killed their children, found healing, and are now passionate about helping other women choose life for their babies. True love fights for the lives of everyone involved and doesn’t say that you have to kill a family member in order to solve a problem.

Through education, thousands of pregnancy resource centers, and political advocacy, the pro-life movement is fighting every day to love both women and children.”

Abortion is the antithesis of love. It rejects the humanity of a living, breathing, and vulnerable person and it claims power over that person’s life and death. Love, instead, is complete acceptance and care for the another person. It in no way seeks their harm.