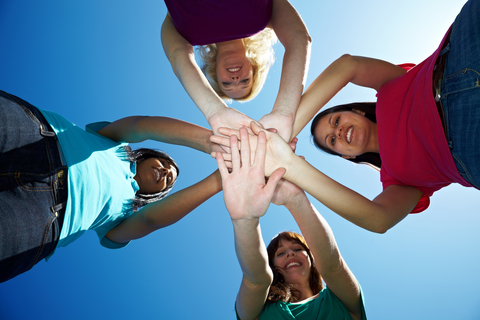 It’s possible, but there are lines to draw.

Can pro-lifers and pro-choicers truly be friends, given the deep, irreconcilable differences between their principles and worldviews? I recently came across the question in an episode of Life Report from a few months back, and it strikes me as important enough to reopen for discussion.

On one level, the question may seem strange, since we normally don’t think of political disagreement as trumping the bonds we form through personal experience, our basic dignity as human beings, or the core values we share as Americans. For the most part, we understand that good people can come to different conclusions on many issues, and we consider it a virtue to elevate brotherhood and harmony above partisanship.

But the conundrum arises because abortion isn’t just one policy issue among many. It is not merely mistaken or counterproductive; it is evil. Abortion is the murder of the innocent, a moral crime whose evil is matched only by slavery in the record of America’s sins. So it can’t be confronted without raising uncomfortable questions about the character of those who support it.

While the horror of abortion can’t be overstated, there are multiple caveats pro-lifers must consider.

First, it’s possible for good people to unintentionally fall for bad information and deceptive logic. As we regularly discuss here at Live Action, there are many in government, media, academia, and popular culture who for years have saturated our society with lies, distortions, and fallacies about everything from whether the unborn are human and what “person” means to the alleged dangers and ineffectiveness of changing the status quo. Those who have trusted the wrong source too readily or failed to investigate the issue sufficiently are guilty of negligence, but not necessarily of malice.

Second, many find their judgment colored by harrowing personal experiences, be it their own past abortion or a loved one who died in childbirth. The pain and difficulty of coming to terms with such experiences can’t be ignored.

Third, abortion isn’t going to end until enough minds are changed, and we can’t change minds if we just cut ourselves off from everyone who’s not yet on board. Indeed, when it comes to Jane Roe herself, Norma McCorvey recalls how the persistent, humble openness of Operation Rescue’s Flip Benham was a key component of her conversion:

Occasionally, the clashes would collapse into conversation. During one friendly banter, I goaded Flip, “What you need is to go to a good Beach Boys concert.” Flip answered, “Miss Norma, I haven’t been to a Beach Boys concert since 1976.” The seemingly innocuous response shook me to the core. All at once, Flip became human to me.

Before, I had thought of Flip as a man who did nothing but yell at abortion clinics and read his Bible. In fact, I even pictured him sleeping with his hands across his chest, Dracula-like, with a big Bible tucked under his arms. The thought that he was a real person–a guy who had once even gone to a Beach Boys concert–never occurred to me. Now that it had, I saw him in a new light.

I continued the teasing. “Come on, Flip, I didn’t know you were ever a sinner.” “Miss Norma,” Flip said, “I’m a great big sinner, saved by a great big God.” Of all the things I expected Flip to say, this wasn’t one of them. I didn’t like to think of Flip as human.

But this “unreal” Flip was telling me that he was a sinner, that he had even gone to a Beach Boys concert! I couldn’t connect that with the “fanatics” I had made the rescuers out to be; and it took a while for me to look past the confrontational tactics for which Flip was known. As we chatted outside on the bench between our offices, however, Flip began sharing some stories of his past and out of this vulnerability an unlikely friendship was born.

On the other hand, as the Life Report team explains, pro-lifers cannot be indifferent toward their friends’ pro-choice sympathies, and cannot give the impression that it’s okay for anyone to support legal abortion. Even when it’s uncomfortable to do so, we must be honest and clear about the harm they do by opposing the rights of the unborn, and do what we can to change their minds.

Taking all of the above into account, it seems to me the best way to reconcile friendship and abortion is by drawing a single line: on one side, pro-choicers sincerely trying to do the right thing and honestly struggling with a particular aspect of the debate; on the other, those who simply don’t care about the truth and fallout of their position.

What do you think?